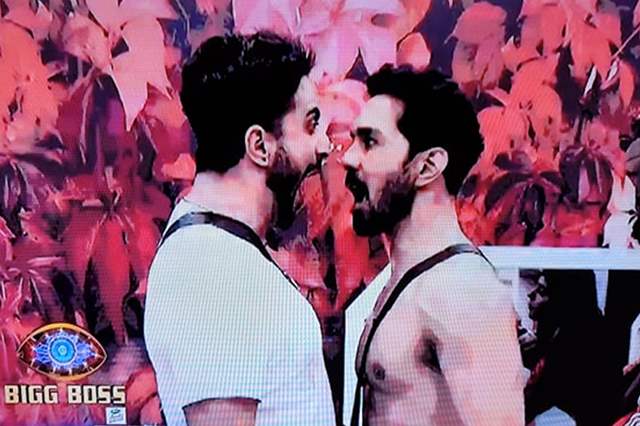 Bigg Boss 14 saw another day pass by and as we already witnessed, today was all about the cycling task. Considering the history of the show and the madness that happens in every task, that is what happened yet again tonight. From contestants pushing and pulling each other for tires to verbal fights, it was all there.

However, tomorrow will see another mega fight that will be a continuation from tonight - Aly Goni and Abhinav Shukla, who have just recently become enemies will get into their ugliest fight possible. From screaming at each other to apparently abusing, a limit will be crossed when Shukla will first push Goni (as seen in the precap) and then Goni will also go on to push Shukla. This will be an unfortunate mega highlight and housemates will try to separate them.

Apart from that, Nikki Tamboli will get into a fight with Vikas Gupta after the latter will apparently order her to pick a plate of food. But then Tamboli, who is known to cross several limits with her words time and again, will go on to say how 'he goes on kissing everyone/gets kisses from everyone.'

Ending things on a lighter note, Rakhi Sawant will continue her comic antics where she will go on to bathe at the swimming pool where Rahul Vaidya will be bathing her and washing her hair. 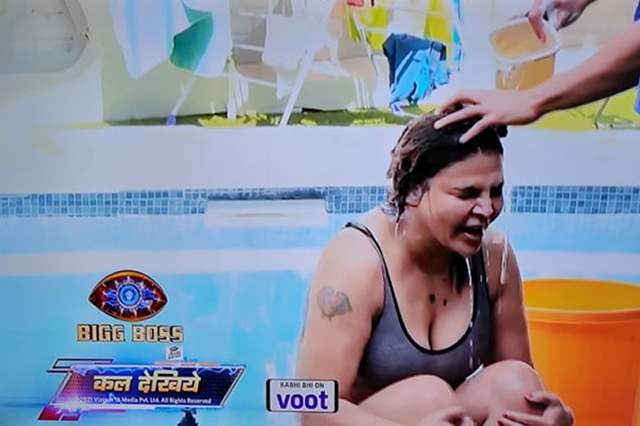 With so much going on in the show, light moments and fun things is what we need to see indeed.