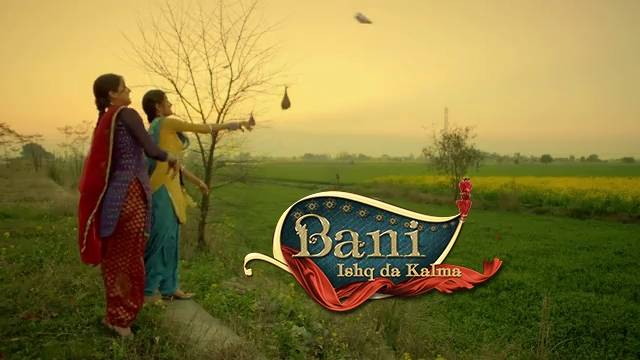 After a lot of hard times, happy days are now knocking doors for everyone in Colors' popular show Bani - Ishq Da Kalma. The viewers have seen the bad days of Rajji (Neha Bagga) - Sohum (Adhvik Mahajan) and Bani (Shefali Sharma) - Parmeet (Gaurav Chaudhary) in the show.

According to the ongoing track of the show, the viewers have seen the hardship of Rajji when Sohum lost his memory but now all her efforts have given her fruitful results as Sohum has gained his memory back which is making everybody feel happy. Along with Rajji and Sohum, happiness are also knocking the doors for Bani and Parmeet.

Our source says, "Bani will forgive Parmeet for his ill-deeds and later, he will ask Bani to remarry him. Parmeet becomes dis-appointed for not getting any response from Bani and goes away from her. Soon then, Bani stops him and tells him that she is accepting his proposal. Bani and Parmeet later go to a temple and decide to marry each other and be with each other forever. Their decision makes everybody happy in the family."

When contacted Gaurav, he told us, "I have been getting lots of reactions from people that they want to see more of Bani and Parmeet's scenes. Now, after Parmeet has become a better person and as he has helped Rajji in getting Sohum's memory back, Bani is impressed with Parmeet and she has now agreed to remarry him. Now, all the problems have been solved and now their story will start in a new way. So, its a happy feeling altogether."

It would be great for the viewers to enjoy the happy moments coming ahead in the show!

...Pwincess... 6 years ago I think now it's a good point to end the show now. The whole NRI track has been done so I don't know what's left to show.

shivani003 9 years ago Jeez! Some comments are making me sick! Ppl are still so very shallow these days! I dont give a damn if u guys think he's "not that good looking" blah blah blah but dont u ppl realise he is an actor who breaks all cliches and is known for his talent and prowess in acting rather than just a "hot bod" and "killer looks" and lack of expressions... SHALLOW NUTJOBS. Iam not even gonna apologise for using caps.

debarshi_genx 9 years ago Great body,powerhouse of talent but WHAT TO DO WITH THAT FACE???

sonia_92 9 years ago ajay is a brilliant actor and he puts in alot of effort into his work which is truly commendable! i think this will add a nice touch to his work! all the best ajay =)

.Jane.. 9 years ago "Ajay is one such actor who relies much on his acting skills rather than particular looks to carve a niche for himself in Bollywood industry."

I fully agree with this statement. Ajay's always been known for his acting skills. Looks, to be honest, he doesn't really have them and it's commendable that despite that, he's still a known personality. I like him as an actor. 6 packs? Hmm..let's see how that works. All the best to him :)