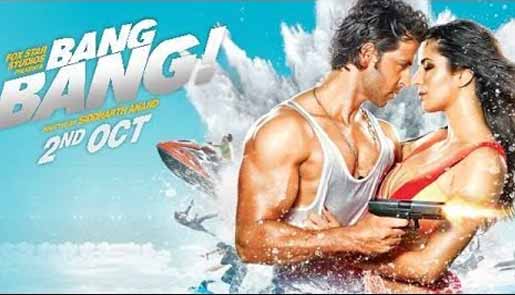 The much-anticipated action drama of the year "Bang Bang", which stars Hrithik Roshan and Katrina Kaif, will hit over 4,500 screens across 50 countries Thursday.

Produced by Fox Star Studios, the action-entertainer has been helemd by Siddharth Anand.

"On Oct 2 'Bang Bang' will see the widest release ever for a Bollywood film across the world. Over 4,500 screens across 50 countries, with record breaking no of screens in the US, UK and the Middle East," said Vijay Singh, CEO of Fox Star Studios, in a statement.

The film has already created a buzz among the audience with its adrenaline pumping teaser and sizzling chemistry between the lead actors.