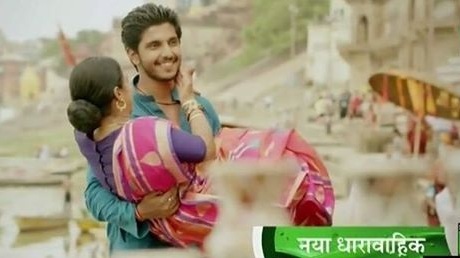 As we had reported earlier, DJ's Creative Unit is coming up with a new show on Sony TV which was titled as Banaras Ka Banty but now the show has got a new title as Hum Hain Na. Kanwar Dhillon has been finalized to play the character of Bunty and will be called as Banaras Ka Bunty.  The role of the female lead will be essayed by a newcomer Kashish Vora.

Ashiesh is a strict father and very protective for his daughter. After his retirement they will shift to Banaras and there they will meet Bunty.

Bunty is a fun loving guy who is very helpful and popular. So people call him Banaras ka Bunty. He will fall in love with the professor's daughter and to impress him he will make his space in their home by helping them to get settled in Banaras.

Bunty will do all possible things to impress the professor. He will learn Bengali language, culture and everything. Professor will get impressed by Bunty until he comes to know about his real intentions. However, he will be against their marriage but they will get married.

Later Bunty will be seen living with their in laws as Jamai. It is a love story but the focus is on the main lead.

We got in touch with Asheish Roy to know more about his character for which he said, "Yes I am coming in DJ's upcoming show Hum Hain Na. I will be basically seen as the father of the female protagonist and will be a Sanskrit Professor teaching at the Oxford University. The interesting part of my character is that a Bengali professor will be seen teaching Sanskrit. I along with my daughter and buaji reside in the family."

He further adds, "After Jeannie Aur Juju went off air, I was giving auditions for the shows and as I have been associated with DJ's from quite a long time, I couldn't say No to them. I started my career with the show Banegi Apni Baat which was produced by them and after 22 years I coming back with the same production. I have not yet started shooting but will soon go to Banaras for the shooting. The show might go on air by mid September because the dates and the time slot is yet to be decided. I am really looking forward as I feel that the show is more male centric. Though the story is a love saga still we have something interesting to do in the show as usually the shows are women centric but this is male centric show."

Gagani 6 years ago It will rock, i love DJ,s creative serials. Kashish vohra is a beautiful actress

shahsb_26 6 years ago RIP to all actors in this show..!! after all it's DJs, cannot build hopes on it, or take a risk of watching :P