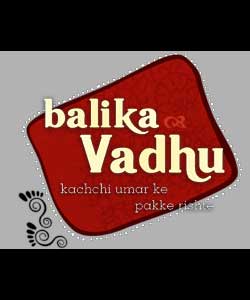 Three years back Colors and Sphere Origin gave us a show that kept the audience glued to the television, a show that brought into limelight an issue that happens in the rural India and surprisingly the story has still adhered to its roots.

In an era where shows fail to run for more than a year, Balika Vadhu today completes three successful years and it is today the number one show on Indian television as per the latest ratings that have come out. The show is going through an interesting phase today and the audience is still glued with the same zeal and anxiousness as they were three years back.

Surekha Sikri created the iconic character of Daadi Sa and her charm remains the same. On this occasion Surekha says, "I feel really good that the show has completed three years. The whole theme of the show is productive and the hard-work that everyone has put in has given this qualitative result."

"The success formula of the show is the direction, acting and story. I really feel I am the real Daadisa. People used to come to me and say that I am doing a good work, but at the same time they say that I need to be a little lenient to people (laughs)."

Shashank is one of the latest additions to the show after the leap and is playing the young Jagya. He expressed, "It is really a nice feeling that I have completed one year in the show and I am proud to share that the show is number one today. I am glad that the show is still getting the same appreciation even today.  Our hard work has really paid off."

As a celebration, the Production will soon be organizing a party in the coming days.

laadlibitiya 9 years ago this show tells that child marraiges are good;]????

Ruhhee 9 years ago For moi, the excecution is a bit too slow...agree gud acting by everyone..Anjuman is gud as the insecured woman..she plays it well..but now wat next after this track...Jagat n Gauri goes to Mumbai...Anandi studies n bcom a Dr...how long will that be the story needs another 7 year leap...want to c more story line of Anandi n how she overcomes all her trials in life...n she needs someone else to come in her life...i don't wan to c Jagya coming back to her nooothat will spoil the story..she shud have some self respect...

big_vikrant_fan 9 years ago congratulations to the entire team of BV. U guys rock!!! This is the first show ever that has caught my fancy and i have been watching it since the last two and a half years. This show is a perfect example of good acting, direction and storyline. Each one puts in their 100% and thats very much shows on the show. Wishing the team all the very best and may they continue to be at #1 for many more years to come.

ramathi 9 years ago congrats to the makers and the channel. good luck

waizmapa 9 years ago Congratulations 2 the whole team of balika vadhu n colors 4 giving us audience a gr8 show like balika vadhu...a show which will remain as a landmark in the history of indian television...a show whose immense success paved way 4 many more issue based shows being made on various other channels... I hope this show continues 2 rule with its gr8 storyline n performances

Nandita5 9 years ago Congrats to the entire team of BV. this is one gr8 show. Its superlative in every field...acting, story-line, dialogues, direction..et al