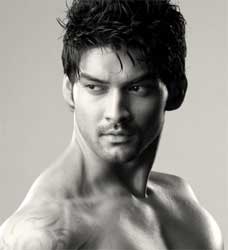 After Sony TV's Bade Acche Laggte Hai, which depicts a romance between middle aged couple, Balaji Telefilms is getting ready for its next big launch on Colors.

The latest we hear is that, Balaji Telefilms is coming up with a show where the story, apparently, is loosely based on Ekta Kapoor's famous show, Ghar Ek Mandir.

The new show is tentatively titled Ghar Ghar Ki Kahani where the show will focus on the female protagonist who is very much ambitious about her career and is an aspiring Lawyer.

"Her family consists of her and her two siblings; an elder brother, who is up to his age to get married but waiting for his sisters to get married first, and a younger sister who is still at a very young age to be responsible," adds a source.

The auditions are on for the lead cast and we hear that Aditya Radij, who was last seen in Colors' Na Aana Iss Desh Laado, is ropped in to play the male lead.

When contacted Aditya, he said, "I have been approached for the show, but nothing has been confirmed as of now. So I can't confirm anything on the same."

The show is at a very primary stage and will take some time to get on the floors.

rimitimi2000 8 years ago
• If I could give u one thing in life, I would give u the ability to see yourself through my eyes. Only then would u realise how special u r to me! ...ADI...LOV UUU...

ananya2000 8 years ago ADDII
"Deepest" feelings of my heart while praying for you ,
May "GOD" Convert Ur
Discomforts To Comforts, Ur Pains To Gains,
Ur Minimum To Maximum,Ur Losses To Profits,
Ur Tears To Smiles, Ur Sorrows To Pleasures,
Ur Bad-wishers To Well-wishers, Ur Debts To Credits,
& Ur Good Dreams To Realities!And make these"Everlasting!...(Ameen).

chakdephatte 9 years ago tina parekh and karavir/manoj bohra of prem-mukti fame back. they were seen in kasauti zindagi ki...they were the only reason why i started following kzk..is there any chance of getting them back as lead pair? that would be so great!

honestly, i didnt find any of the 2 new concepts of the shows interesting...lets see, maybe itll become better by time?

gurjotvirk 9 years ago lately indian shows have been sooo dumb! i am fed up of the villages and the thakurs and all the poor people! indian shows used to be so much better when it was based around big rich famalies in big houses with twists and turns every minute!!! i miss the kusum, kahani ghar ghar ki and kyunki saas bhi kabhi bahu thi days...but this show does seem to have that feeling...lets see! I really cant wait...hopefully tv will get better!