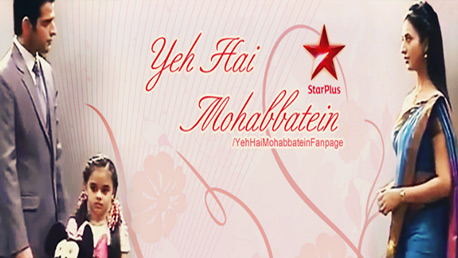 Balaji Telefilms' popular show Ye Hai Mohabbatein on Star Plus has been successful in keeping their audiences glued to the show. The viewers will witness an interesting track in its upcoming episode as Bala will be suspended from the college for the paper leak scam.
Our sources say, "Bala will ask Romi to meet him in a restaurant as he wants to expose his gang who do not pass on merit but bribe the professor to leak the paper in the college. Romi reaches the restaurant where Bala is waiting for him along with the board members. Bala then asks Romi for the question paper, Romi takes out the paper, Bala quickly holds his hand and gestures to the board members who have come there and shows the paper but it turns out to be a shopping list and not the question paper."

The source further adds, "Now Romi turns the whole game by saying that actually it was Bala who was trying to squeeze money from them. Romi had clicked a pic of Bala which he shows to the Board members looking at which Bala gets furious as he is accused falsely.  Then all go to the college where Vandita is also asked to reach. Everyone will believe Romi and think that he is innocent."
Elaborating more on the sequence the source says, "The college members decides to suspend Bala (Pankaj Bhatia) and Vandita (Shruti Bapna) both. Vandita here is clueless of what is going on as Bala didn't inform her about his plan to expose Romi (Aly Goni) but after suspension he explains all the story to her and she decides to share this with Ishita (Divyanka Tripathy). On the other side Bala asks Vandita to not to share it with Ishita as this can affect her relationship 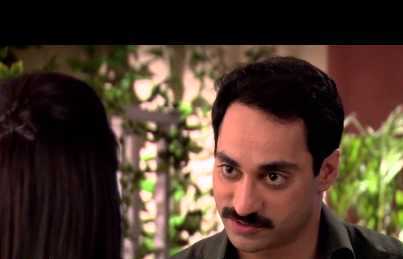 with Raman (Karan Patel). But later on Ishita comes to know and she goes directly to Raman and tells him about the incident. Listening to which Raman calls Romi and starts shouting. Raman gets angry and starts quarreling with him. he even raises his hand with on Romi but Ishita comes and stops Raman from doing so."


"Ishita tells Romi that she can help him out if he tells the truth but Romi refuses to accept instead asks Ishita to decide whom will she support whether it is Bala or him," concludes our source.

We tried calling Shruti Bapna who plays Vandita but she remained unavailable for any comments.

Will Ishita be successful in proving Bala innocent? Will Raman forgive Romi and bury the hatchet? Keep reading this space for more updates.

serendipity. 6 years ago Cant wait for the accident drama!
wanna see it ASAP! Raman being there for Ishu!

Aliya_hzsn 6 years ago At the end of the day, ishita will be blamed for separating raman from his family members :/

Discuss abt YHM on india-forums.com