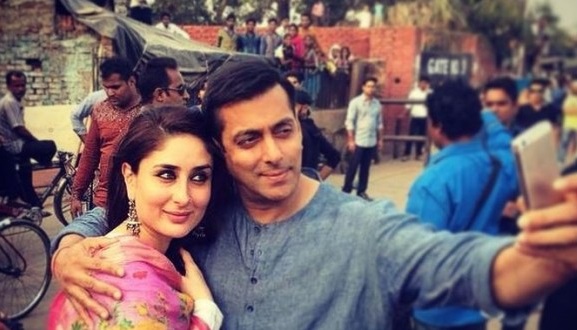 Bajrangi Bhaijaan, starring 'Bhai' Salman Khan, 'Begum' Kareena Kapoor and our talented actor Nawazuddin Siddqui is one of the most anticipated films of the year. The actors were snapped many times in Kashmir which was all around the media and raised the excitement of the masses.

This is called a Double Dhamaka Offer!