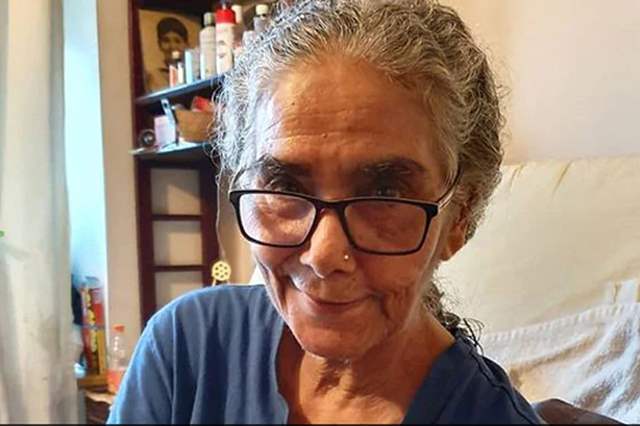 These testing times of lockdown due to the ongoing pandemic has indeed led to an array of debates, one of which is the fact that elderly actors being not allowed to work under the guidelines provided by the government.

While the reason for that is entirely logical and in fact right in several senses, an array of elderly actors have come out to slam these regulations with many even terming how their livelihood depends on it and it had become difficult for them to survive.

It happened to be the topic of conversation recently yet again when it was reported that actor Surekha Sikri is asking for financial help from her mates in and outside the industry to survive the lockdown period.

However, in a recent conversation with Hindustan Times, Sikri denied asking for any help but also confirmed that people have reached out to her willing to help financially.

She said, “I don’t want any wrong impression to be created among people that I am going around begging people for money. I don’t want charity. Yes, many have reached out to me, which is very kind of them. I really feel grateful.But I’ve not taken anything from anyone. Give me work and I want to earn respectfully.” She also questioned if the politicians who also fall in the same age group are allowed to work, should the government not ease the rules for senior actors as well.

She said, “If politicians and bureaucrats over 65 are still working, why can’t the actors and technicians also go out? Many of us are going through a difficult time, we need money to survive. Such restrictions are making things difficult for us. I’ll take all necessary precautions. I can’t sit at home like this any longer and be a burden on my family. Everyone is going through a tough time and these medical bills are adding to my concern.”

The actress also mentioned about writing a letter to I&B Minister Prakash Javadekar, she says, “Yes, I’ve asked my manager to draft this letter. I feel the Maharashtra government should understand our plight. How could they come up with such a rule without thinking about the implications? Did they think about how seniors actors would be affected?”

Also shedding light on the work offers coming her way she mentioned barely ad commercials won’t be enough to pay her medical bills and hence she shall need more work, but producers are unwilling to take the risk by signing the senior actors

Surekha Sikri opens up on senior citizens not allowed to shoot; says, ...