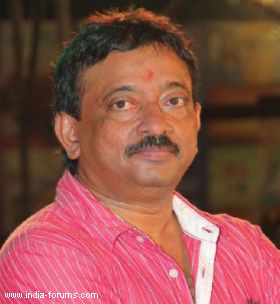 The background score of forthcoming Telugu action-drama "Rowdy" will be dedicated to maestro Illayaraja, says its director Ram Gopal Varma, who has been a fan of the composer's tunes for several years.

Illayaraja worked with RGV on his cinematic debut "Shiva".

"As a huge fan of this legendary musician, my main interest is to bring back this composition to express the great idea of the genius Illayaraja's 1989 soundtrack (of 'Shiva') to 2014," RGV said in a statement.

"I asked Sai Kartik (composer of 'Rowdy') to do an integration of the brilliant cycle chase theme from 'Shiva' into the main theme of 'Rowdy' and it turned out to be brilliant," he added.

The background theme of "Rowdy" is titled "Cycle Rowdy" and will be released soon.

Expressing his admiration for the maestro, Varma said: "I have been a huge fan of background scores ever since I became a film buff and one of my all time favourite music piece is the cycle chase background score by Illayaraja in my debut film 'Shiva'.

"I still can't forget the goose bumps I got back in 1989 when Illayaraja was scoring music for that sequence."

He feels all those who loved the cycle chase theme in "Shiva" will also like the background theme of "Rowdy".

Varma said this tribute is his "salute to Illayaraja".