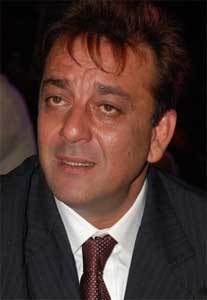 Sanjay Dutt is back in Bollywood. After the short political stint during the Lok Sabha elections, our Munnabhai has decided that he has had enough of politics for the time being. He is reverting back to his primary career... acting. His diary is full with shooting schedules.


According to sources, at present Sanju Baba is shooting for Ajay Devgan's film "All The Best - The Fun Begins" in south Goa. The comedy is directed by Rohit Shetty and stars Ajay Devgan, Fardeen Khan, Bipasha Basu and Mugdha Godse, along with Sanjay Dutt in the lead. The movie is set to release this year during Diwali.


Along with this, Sanjay has Anil Kapoor's "No Problem" directed by Anees Bazmee. Besides Sanjay, the film has Anil Kapoor himself,  Akshaye Khanna, Sushmita Sen, Kangana Ranaut and Amrita Rao. The film is to go on floors in June/July 2009.


He will also be doing an International project with Anil Kapoor which probably will be directed by Slumdog director Danny Boyle.


Other ventures include a huge list of films like - Apoorva Lakhia's next venture, "Another Shootout" being produced by Ashtavinayak, a hindi remake of the Tamil movie "Arasangam", "Bihaad" which will also star Kumar Gaurav and directed by Milan Luthria, "21 Battle of Saragarhi - From Ashes to Glory" a Rs. 200 crore mega-project, a David Dhawan project starring old friend Govinda, the last 4 being Sanjay Dutt Productions. There are many more films running in the rumor track.


This is not all. Munna bhai Comics are also in the pipeline for sometime now.


Where would you love our Munnabhai to be actually ... on the camera rolls or on the stage asking for votes??
Featured Video