View Profile
Kunal Kapoor makes an extended special appearance in the much talked about Yash Raj Films' forthcoming venture Bachna Ae Haseeno starring Ranbir Kapoor in the lead. Kunal Kapoor, our sources reveal, has been cast opposite one of the girls Ranbir Kapoor is in love with in the film. 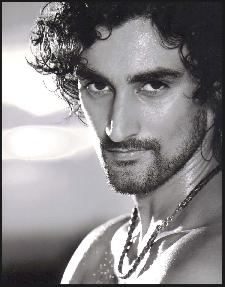 Adding further our source says, "Though Kunal Kapoor makes a special appearance, he plays a very crucial role in the film and is going to be a surprise package of the movie. Apparently, Kunal Kapoor was signed a three-film deal with the Yash Raj Productions. His first with them was Laaga Chunari Mein Daag directed by Pradeep Sarkar followed by Aaja Nachle directed by Anil Mehta and now Siddharth Anand's Bachna Ae Haseeno."

Bachna Ae Haseeno, directed by Siddharth Anand, is a young, frothy and very naughty film. Ranbir Kapoor's character spans 18 to 30 years of age in the film. The film has three heroines Bipasha Basu, Minissha Lamba and Deepika Padukone who meet Ranbir at different stages of his life and are shown vying for his attention. The film is about love, life and relationships.

Yash Raj however is being very hush-hush about Kunal's appearance in the film. They want to keep him as the surprise element for the audiences. Hence, they preferred not to talk about his presence in the film. "Wait till the film releases" is all the makers have to say for now. The film is set for an August 15 release.

Yash Raj has been known to add such elements in their films in the past with prime examples being Akshay Kumar in Dil To Pagal Hai, Aishwarya Rai in Mohabattein and very recently Akshaye Khanna in Aaja Nachle.