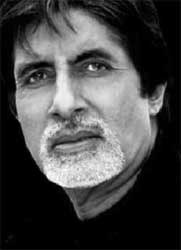 New Delhi, Nov 30 (IANS) Bollywood megastar Amitabh Bachchan has said that the media misrepresented the remark on his blog about having slept with a gun under his pillow when the Mumbai terror attacks took place.

'It is a pity that the 'intellectual media' portrays the incident of the gun under my pillow as one of ridicule and mirth... Of one that reflects a fear on my part. It is a shame that the mettle of my comment was not put across in the context of its entirety, thereby bisecting the thought and making it weak,' Amitabh posted on his blog www.bigb.bigadda.com early Sunday.

The actor, 66, further wrote that his action of pulling out his '.32 revolver' was 'out of fear'.

'The act of pulling out my revolver is a symbolic metaphor, a figure of speech, to demonstrate my complete loss in faith in the system and in the governance, in providing me - a citizen of India, with my rightful sense of security,' he said.

'It is to demonstrate that now I shall have to personally look after my family and myself and not depend on the stateâ€¦that is just so miserably incapable of protecting its citizens,' the blog further read.