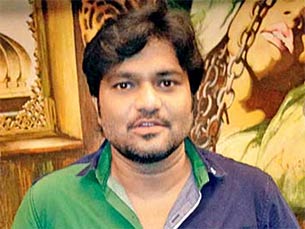 Bollywood singer Babul Supriyo, the BJP candidate from Asansol who was accused of entering a temple in a drunken state, Thursday said he was mulling legal action after the complainants approached the administration seeking his medical examination.

A police complaint was filed earlier this week by the Asansol Citizens' Forum accusing Supriyo of hurting religious sentiments by entering a temple in a drunken state during his campaign.

With the singer rubbishing the allegations, claiming it was a malicious campaign against him by political rivals, the complainants have now written to the district administration seeking a probe into the matter.

"We have written to the additional district magistrate (Asansol) seeking medical examination of Supriyo which will establish whether he was in a drunken state or not," said Jitendra Tiwari, Trinamool Congress leader and chairman of the Asansol Municipal Corporation.

"If he is innocent, then why is he afraid of the examination?" Tiwari asked, after Supriyo said he will be filing a defamation suit against him and others for maligning his name.

"I am a teetotaller. Filing a false case accusing me of being drunk tantamounts to maligning my name. I am discussing the matter with my lawyers and will be filing a case of defamation before the Calcutta High Court against Tiwari and others," said Supriyo.