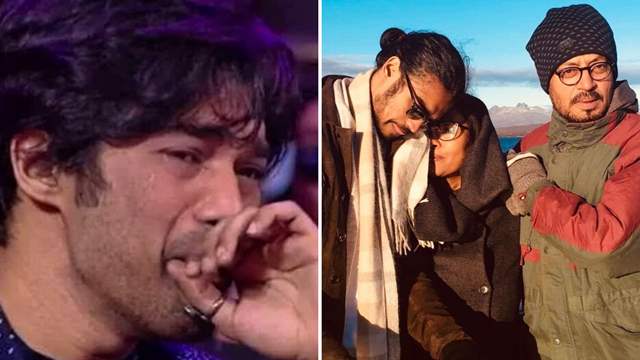 Late Irrfan’s wife Sutapa Sikdar shared a picture of Babil in tears and penned an emotional note praising him for not hiding his emotions. In a note written in Hindi, Sutapa called her son a ‘kadak launda’ and shared that her son isn't someone who feels ashamed to cry and express his feelings in public just because he is a man, instead, she said, he was strong because of the very fact that he could do that.

She also shared that sometimes Babil spends nights crying while remembering his father and when she confronts him about his eyebags, he does not lie and confesses that he cried because he was missing his dad.

Earlier at the awards function, actor Ayushmann Khurrana narrated a poem as a tribute to Irrfan, and Babil cried uncontrollably as Rajkummar Rao also was in tears as he remembered the late actor.

Irrfan Khan passed away on April 29, 2020 after a two year battle with cancer.