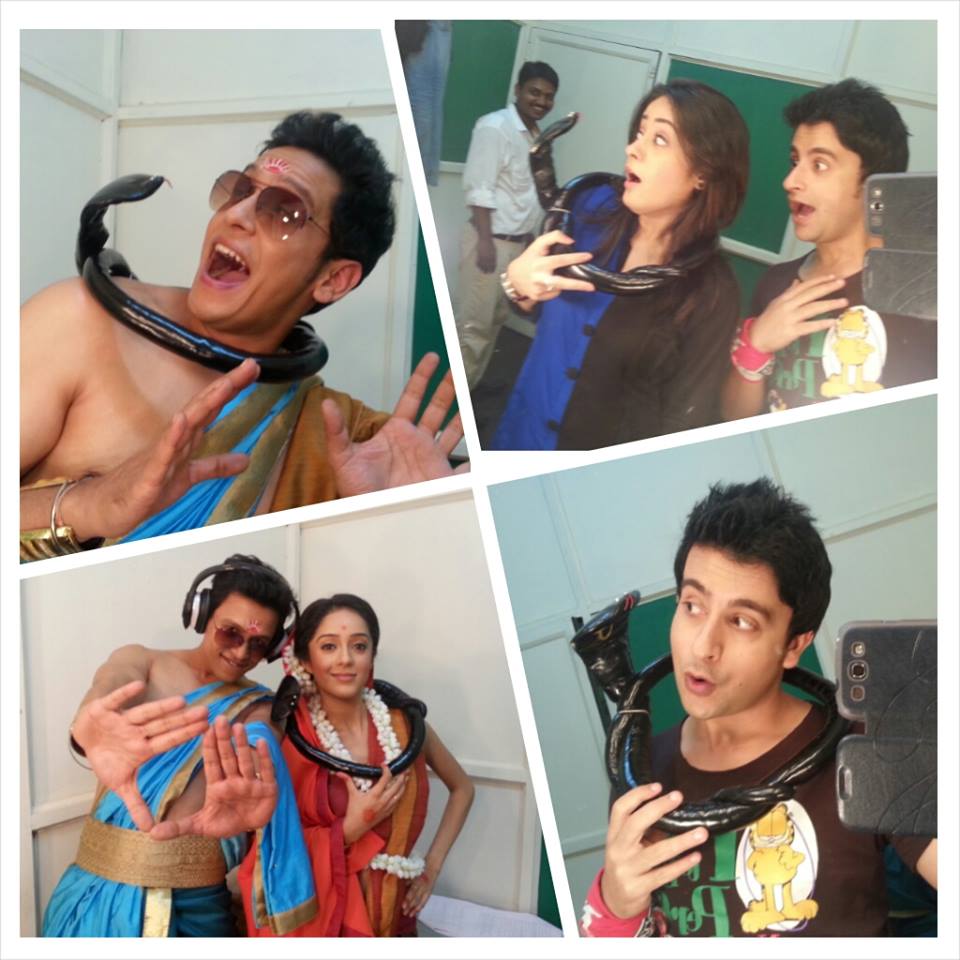 A little fun and madness is necessary to break the monotony from the daily routine. That's why our actors too keep having fun amidst their hectic shoot schedules.

The cast of Sunshine Productions' popular show Baawre on Life OK, also keep doing masti behind the scenes to enjoy their work. We heard that, the team is currently shooting for their upcoming play sequence wherein, Nikumbh (Abhishek Rawat) will be fulfilling his dream to direct a play on the occasion of college's anniversary. They all were shooting with different costumes and props for their play sequences. The team also had a gala time doing fun in between the shots.

Cool hunk Akhlaque Khan along with his team picked up some props and started clicking pictures with it.

Talking about the same Akhlaque told us, "I just clicked few pictures of mine along with my co-stars with those props to have some fun with them. It was a snake's prop so we tied that around our neck and clicked pictures with it."

"I even sent that picture to my Mom and she thought that it's a real one. Adding more fun to it, I told my Mom that we have just removed the tooth of the snake so it's not going to harm us. We keep doing such things on our sets according to the situation," concludes Akhlaque laughingly.

6 years ago this lovely serial Abhishek and Vineeta r makes lovely couple loving them as Nikumbh and Yamini sven so much Baaware teams is doing great job.. and so nice to see that they even enjoys off screen too thanks for article IF

+ 2
6 years ago A very nice show. Thanks to the producers for this rare breath of fresh air

+ 4
6 years ago Really amaazing show and love all the actors especially abhishek. Really nice to see such a diff show on indian tv