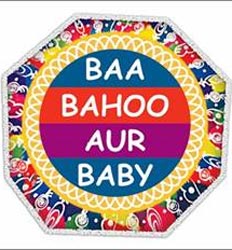 Loyal viewers of Star Plus' very popular show Baa Bahu aur Baby can finally have a smile on their faces, as the Hats Off show is all set to come back with Season two from 23rd August at 8 PM. The show will be a biweekly, which will be aired every Saturday and Sunday.

According to our source, "The show will have a new look, but the flavor will remain the same. The new story will kick-off with the much anticipated wedding of Birju (Amit Verma) and Baby (Benaf Dadachandji), and will focus more on their marital life. We are all set to repeat history as we are sure that our loyal audience will be back to viewing the show. The show is also being shot with a new set in place".

"The main cast will remain the same with the exception of Lubna Salim who played the popular character of Leela Bhabhi. She will be replaced by theater personality Anjali Mukhi".

We called up Producer J.D. Majethia who said, "Just wait for few days before I talk of the second season of Baa Bahu Aur Baby".

The new look and the already popular cast is sure to entice viewers to get glued to the show all over again!! 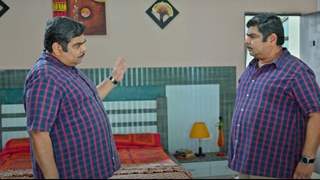 13 years ago WOW...THAT'S GOOD NEWS ..THANKS FOR UPDATING...USED TO SEE IT REGULARLY..WAS MISSING THE COMEDY...LOL..ITS SAD THAT LUBNA SALIM WILL NOT BE A PART OF THE SHOW...SHE WAS REALLY GOOD....SHE BE MISSED BY ALL...

13 years ago awesome..
my parents and i love watching it..
but too bad about leela bhabi..
that actress was wonderful..

13 years ago yeahhhh.... gattu bhai is back, can't wait, but Lubna not being part of the show, that is a bummer

13 years ago Thank God I was eagerly waiting for this show....!!