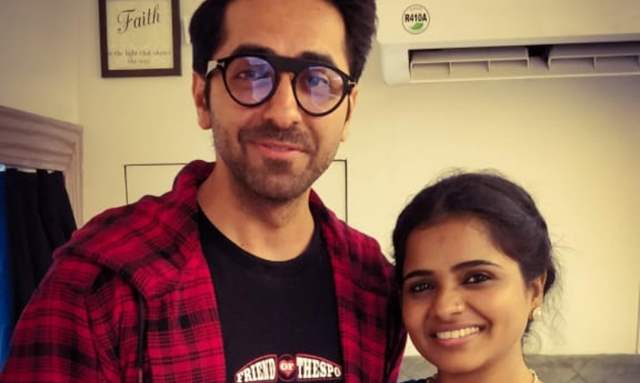 Actress Tina Bhatiya was last seen in Ranveer Singh's Gully Boy, and has also done serials  'Pyaar ke papad' and 'Kyuki jeena isi ka naam hai'. She will be next seen in the film Gulabo Sitabo directed by Shoojit Sircar. It will be streaming on Amazon Prime India on June 12, 2020.

Speaking about her role, Tina says "My character Dulahin stays in Fatima Mahal. Begum (Farruq Zaffar) brought her into Mahal since childhood. I'm playing the role of caretaker with my husband and child staying there together with them."

Tina will be sharing screen space with Ayushmann Khurrana who plays the lead role in the film alongside Amitabh Bachchan. Talking about the same, the actor shares:

" It was great working with Ayushmann. He is very sincere and humble towards others and doesn't make others feel like he is a big star. The best part about him is his choice of films are phenomenal so it feels fortunate to work with him. When I met him on the set first time, before I could say anything he recognized me as Choti Ammi from gully boy and greeted me. That time I was very much happy that he recognized my small role in that film. Altogether it was great fun"