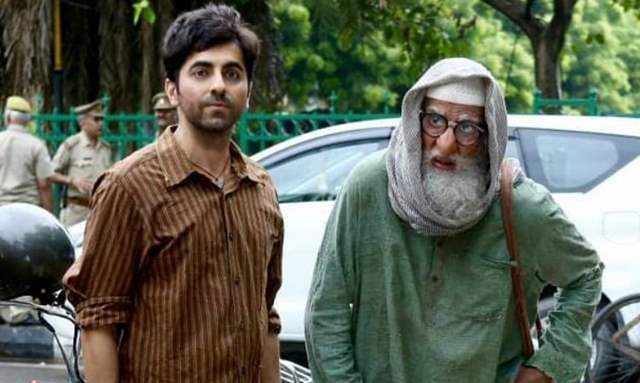 While Bollywood actors Ayushmann Khurrana and Amitabh Bachchan are all set to collaborate with each other for the first time in their career, they will be working with Shoojit Sircar for the second time. Big B’s first outing with the director being Piku and Ayushmann’s being his debut movie Vicky Donor.

Today, trade analyst Taran Adarsh took to his official social media handle and shared the first look from the film. Taking to his official Instagram, he wrote, “IT'S OFFICIAL... New release date... #GulaboSitabo to release *earlier*: 28 Feb 2020... Stars Amitabh Bachchan and Ayushmann Khurrana... Directed by Shoojit Sircar... Here's the first look of Ayushmann from the film:”

In the above photo, while Bachchan can be seen in an unrecognisable avatar, Ayushmann is seen wearing a brown shirt and khaki pants. When the movie was announced, it was set to hit the screens in November this year but now the makers have announced that it will now release on February 28, 2020. Interestingly, Ayushmann wrapped the shoot of the film in just 22 days.

As quoted by DNA, talking about the film, Shoojit had earlier said, "Juhi and I have been working on this script for a while now. We all know whenever she comes up with a story, it has her trademark quirk. As soon as I read it, I shared it with Mr Bachchan and Ayushmann at the same time. I thought it would take some time to develop and take it forward, but everyone was so enthusiastic to work on this script, they figured out their dates and here we are, planning to release the film this year itself."

Set in Lucknow, the story of Gulabo Sitabo revolves around landlords and tenants, and their love-hate relationship. It portrays the quarrels that a domineering property owner often has with a submissive occupant, leading to hilarious situations.