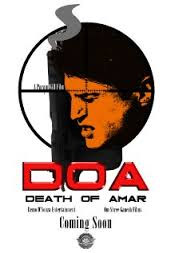 For "DOA: Death Of Amar", his first Bollywood film starring Rajeev Khandelwal and Zarine Khan, Gill got the audience choice award. The film also got the best score honour for Thomas Andrew Gallegos at the 22nd edition of the fest, which was held Aug 15-17.

"It's very promising to get so many honours at one platform, and it's also a unique situation that a Hollywood and Bollywood film by the same filmmaker are being appreciated individually," Gill told IANS over phone from San Francisco.

With the prize money, he hopes to do what he knows best - "make more movies".

A qualified dentist, Gill has been living in the US for the past 14 years, when he came to the country as a student "penniless". Since then, it has been an "interesting transition from being a dentist to a filmmaker", he said.

His first movie was "Rocking Meera" in 2009 and then he made "Hotel Hollywood".

"Last Supper" is his third film, and he describes it as an emotional dramedy, while "DOA: Death Of Amar", he says, is a "Hollywood-style thriller and suspense film".

Zareen Khan Opens Up about launching her own website