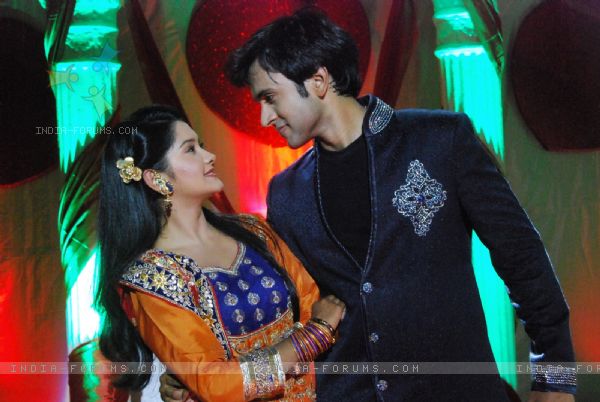 Director's Kut Production's popular show Aur Pyaar Ho Gaya on Zee TV's has been keeping its audience hooked to the show by showing the love story of Raj and Avni. While the audience have seen that the Khandelwal family memebers debars Akshat and Arpita who confess about their affair in front of the members but Dadaji and Avni will make an effort to unite Suket and Akshat in the upcoming episodes.


As seen in the ongoing track the viewers have seen that Khandelwal family members are not on talking terms with the couple and also do not congratulate Akshat who has been awarded as the Best Hotelier of the Year but being disappointed with their behavior nobody wishes Akshat.

Our source says, "With the growing distance between Suket and Akshat, finally Dadaji and Avni plan to unit both of them."

When contacted Waseem Mushtaq he says,"My father Suket in angry on me so Avni and Dadaji (Rajeev Verma) are planning to bring us closer. They keep on planning new things to bring us close. Now in the upcoming episode I will do a drama of falling sick but eventually I will actually fall ill. I will do this to gain my father's sympathy."

Will Avni's and Dadaji's plan to bring Akshat and Suket succeed? To know more keep reading the space.

Waiting for all this drama..!!

Finally moving forward in right direction.. was waiting for this track...

AvRaj best jodi on Screen at the moment..