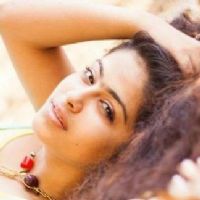 Avika Gor, one of television's youngest and most popular faces recently visited Kazakhstan, where the show currently features the story of a young Anandi in Balika Vadhu on Colors. With close to 500 episodes of Balika Vadhu to her credit, all of which have been airing in Kazakhstan, Avika has grown to be a very popular face on Kazakh television.
The young girl is loved by people of all ages - be it teenagers, mothers watching the show or even old ladies who religiously sit in front of their television sets waiting to catch their favorite show. Owing to this, teenaged Avika was in for a surprise during her visit when one of the oldest woman in Kazakhstan, 100-year-old Zeinep from the Kaleiva family presented her with a gold ring as per a popular local tradition.
Confirming this, Avika said, "I was taken aback when the oldest lady in Kazakhstan invited me and presented me with a gold ring. It was an extremely kind gesture and I am truly humbled by the love and affection. My experience in Kazakhstan was very enriching and I have come back feeling very proud for having touched their hearts."
Avika's popularity has been soaring internationally and in fact, local broadcasters of the show are now looking at buying rights of telecasting Sasural Simar Ka, where Avika portrays the role of Roli, lead character Simar's younger sister.
15 Likes

rolidivedi 6 years ago avika gor.u r the best actress.really i am proud of u r talent.

poiu123 6 years ago Avika, the original Anandi was the best actually.

suhanakkt 6 years ago When simar. Was lead?she always was side character except first 3-4 month.then. that show was about to go off air then avika becomes lead.telly buzz article writer first research before you write something ok.without rosid thhat dimar,simar is nothing.poor lady still depending on avika gor.for your kind information aviika was nominate best lead character for ITA Award deepika aunty did not nominate.

srdevi 6 years ago Avika Gor as lead in SSK is awesome as Roli.

wamavasant 6 years ago Avika Gor is awesome in the lead role as Roli.

Avika.Gor 6 years ago Avika Gor beautiful youuu rocks ! We love you as Roli.

Vsoujanya 6 years ago She is such a DOLL! She is cutest star on tv, beats everyone. Such a talent. Love her! I hope she becomes the best of the best! She deserves it all! A pure soul! :D &lt;3