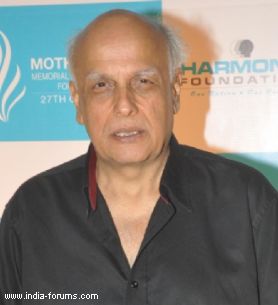 Filmmaker Mahesh Bhatt says he makes films for the audience and not for the prestigious Academy Awards.

Asked why do we run after Oscars despite having some popular awards in India, he said: "We make films for close to 1.2 billion population. We make films in our own way. So, we should make a place in their (audience) heart instead of making a space for Oscars."

Bhatt is now busy promoting his new project "Citylights" and says it's quite a relatable movie.

"It's a moving love story of a couple who come to Mumbai and hope they will stay here for a while and then go back but how they get caught in this city and their journey is what the story is about. It's quite a relatable story," he said.

Directed by Hansal Mehta, "Citylights" is an Indian adaptation of British film "Metro Manila". The film features Rajkummar Rao in the lead.