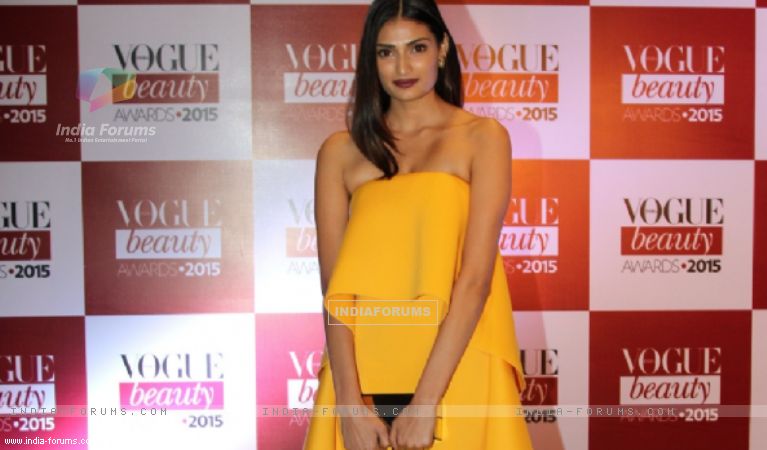 Actress Athiya Shetty, who is all set to make her Bollywood debut with Nikhil Advani's directorial "Hero", says she is feeling "blessed" with the response to the film's trailer.

"I'm super excited. Touch wood. I feel blessed that we've gotten such good reviews. I hope all of you enjoy the movie. And I feel very happy that so far we (her and Sooraj) have been accepted," Athiya said.

Daughter of actor Suniel Shetty, Athiya made one of her first public appearances on a fashion platform at the Vogue Beauty Awards 2015.

About the numerous compliments she received for he look in the film, the young actress said: "The compliments are mostly that it (film) looks young and I look fresh. And that it looks entertaining so hopefully that's what comes across".

"Hero", a remake of the eponymous 1983 film, will hit the screens on September 25. The new movie will mark the launch of Sooraj Pancholi and Athiya in Bollywood.

The film also stars Govinda, Anita Hassanandani, Vinod Khanna and Kader Khan as the supporting cast members. Eros International is on board as the film's distributor.