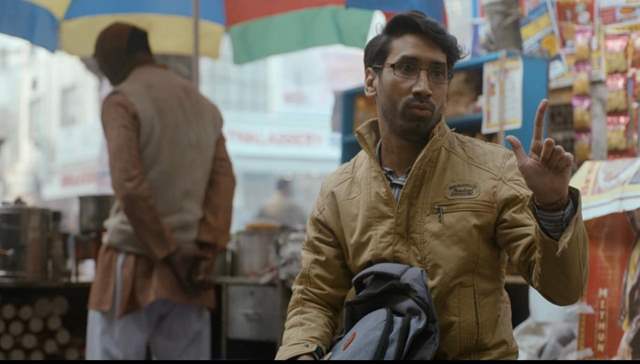 Actor and content creator Abhilash Thapliyal has been entertaining us throughout with his films, television shows, radio shows, and some viral online content. And now, he has shown us a completely new dimension to his acting with SK Sir from TVF's Aspirants. The show has been the talk of the town recently and has showcased Abhilash in a never seen before avatar where he plays an unsuccessful UPSC student turned teacher. His character in the show has made such an impact that many actual UPSC aspirants have connected with him thanking him for his work, so much so that his monologue has won many accolades amongst students in general calling it a very inspirational speech. Abhilash has received an overwhelming response for his portrayal of SK Sir in the show. So much so that he has been receiving messages thanking him for being such an inspiration on the show.

For actor Abhilash these few weeks have been very special as he finally believes that people will now start accepting him as a serious actor. With this show, he has broken the mould from a funny guy with impeccable comic timing to a nuanced actor who can pull off serious roles. Abhilash is known for his comic timing and his satirical videos which have had the whole internet crazy, but all knew that Abhilash has a lot more to offer. With Aspirant's coming into the picture things have changed for this versatile personality. Sources close to Abhilash very excitedly have said that doing Aspirants is by far the best decision Abhilash has taken.

When contacted Abhilash said, "For an actor the biggest compliment is when the audience falls in love with your character thinking it to be real. SK is very unlike me. Even the slightest nuances I added as an actor are getting noticed. Right now I am enjoying all the love SK is getting."

Previously Abhilash was seen on "Dil Junglee" starring Saqib Saleem and Taapsee Pannu. He was also seen entertaining on the small screen with shows like "Entertainment Ki Raat" and "Comedy Circus". His spoof videos during the entire 2020 lockdown had people entertained under trying circumstances. His effortless videos turning relevant issues into funny videos were appreciated by not only fans but also by some senior journalists and entertainment industry biggies. Let's not forget his spoof video as Muffler Man which started it all.

Remarkable transformations of Bollywood actors that left the audience ...