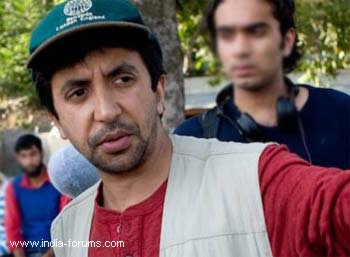 Known for making issue-based documentaries, Ashvin Kumar's is all set to release his first movie "The Forest", which will hit screens across the country April 13.

A tale of a man-eating leopard set in the jungles of north India, the 86-minute movie will be released by PVR cinemas.

"The Forest" has been premiered at Cinequest Film Festival in San Jose in February 2009 and it was also show at the Cannes Market in 2009.

The writer-director won an an Oscar nomination in 2004 for "Little Terrorist". He also became the first Indian to be nominated at the European Film Academy for the 15-minute short film that traces the journey of a young Pakistani boy who accidentally crosses the border between India and Pakistan in pursuit of his cricket ball and is instantly branded a terrorist by security forces.

"Little Terrorist" has been part of official selections to over 130 film festivals including the British Academy of Film and Television (BAFTA) Los Angels.

Ashvin, son of well-known designer Ritu Kumar, started his filmmaking journey with "Road to Ladakh" that had Irrfan Khan and Koel Purie in it. He also made "Dazed in Doon" and "Inshallah Kashmir: Living Terror".

His documentary "Inshallah Football", about a Kashmiri boys dreams to play football and how his father's past jeopardises his dreams, won the National Award for best film on social issues.

Sanjay Choudhary Attacked By Goons; To File a Police ...
23 minutes ago