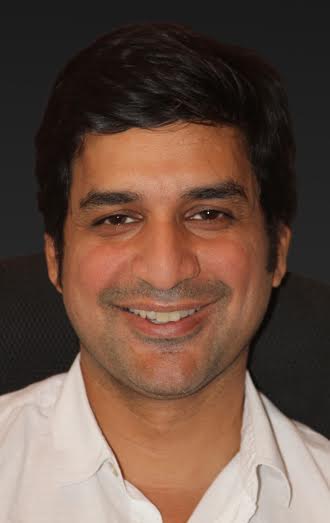 As one of the much touted historical show, Chakravartin Ashoka Samrat under the banner of  Contiloe Entertainment is all set to kick off, we speak to the captain of the ship, Abhimanyu Singh to know about the origination of the show, the recent controversy which caught the attention of the media and more...How did you think of bringing the concept of Ashoka on Colors?

Ashoka is there in everyone's mind because when you see a coin you see the Ashoka Chakra and you see the emblem of India which is Ashoka the lion.

I have produced shows on freedom fighters like Shivaji, Jhansi Ki Rani and more but the nation which saw freedom fighters sacrificing their lives, was created by Ashoka. So it is a subject of reverence and something owed to give to somebody like Ashoka.

Do you think that this will be the best historical show till date?

Well like every cricketer intend to play the best in the inning, so as the maker, we go with the intend to make the best show. So I think it's an endeavor to make it as the best show.

How much time did you put in to research for the show?

Coming to the controversy that created a stir in the media, it stated that Swastik Production was also producing a show based on King Ashoka on Star Plus and suddenly the promos were unleashed on the Colors under the banner of Contiloe. So what do you have to say about it?

I think when you do a public domain property everyone has a freedom to do it and this is not happening for the first time. So may be today if I am thinking of some concept and the other person is also thinking to make a show on the same concept and may be they release their promo before I do. So this is business gamble that you have to live with.

6 years ago Pls sir give a one chance of SARA KHAN TO PLAY A CHARACTER QUEEN OF KLING.SHE IS BEST OF THIS ROLE.EVEN U CAN SEE HER JORDAN PHOTOSHOOT WHO LOOKS LIKE A QUEEN SHOOT.PLS SIR HELP HER.THIS ROLE IS A V.IMPORTANT ROLE FOR HER BCOS THIS IS A HER DREAM ROLE PLS SIR.
ITS A PUBLIC DEMAND.
THANK YOU.

6 years ago Hope I dnt get disappointed ...ashoka gonna be rocking!!

+ 4
6 years ago i really wish contiloe keep distortion in limit this time... as old experience is not so good...cause of their sanky twist and turns show turned into typical drama...nothing more than that...well wishing for good...egarly waiting for it's premier...waiting for sid and pallavi's comeback...

+ 5
6 years ago Indian Historical shows are always big letdowns .. they are mostly drama n no history .. except new formed Epic channel no other channel has made it right. Ashoka is not gonna be an exception. Where historians didn't have much info about mahamati's childhood the show is focusing on it!! HOW??
It's a pity that India where history is so enriched the makers can't rely on it but bring unnecessary drama to spice up history!! n see BBC they are so sincere towards there history n literature .. what great quality they offer ..

+ 4
6 years ago I don't trust colors channel anymore. They badly ruined Veer Shivaji wala show & ended it abruptly . If the show won't do well in rating chart then they will distort this as well, there is no creativity freedom in this channel. Better PH ko other channels consider karne the. Well, lets see what is in the store

+ 2
6 years ago Yeah its true that there is crazy buzz for ashoka and lot of people are waiting for it! but do remember that with such great expectations comes even greater responsibility! Please limit the distortions! please!

+ 2
9 years ago Yes because they are also human beings and the cheap dirty Indian media wont let them stay at peace so this is bound to happen...Leave them alone...And also one fan group's will point finger at the other actor when they don't like that particular actor and vice- versa..please don't jump to conclusion with out seeing it your self(which sometime may very well be wrong also) and don't believe what media says about the actors they will show only the masala just to get the trp's or make money using that news...and when its your fav star who is in this kind of news the fans completely deny as if they were present during that situation...

9 years ago Is it this article, or is Salman Khan's sense of tenses so off?!
Yes the media jumps at news - but someone must make news for them to jump at! The Khans seem to be making it their personal business to get back the limelight by hook or by crook. Personally, this incident is too perfectly timed before Saif's Agent Vinod to ignore all the publicity he's getting in a flash... Innocence is not really a virtue of the glam-shams!