Smriti Irani, who created history by casting the Evergreen Vinod Khanna in Ugraya Productions’ Mere Apne on 9X has once again come up with an ace as she gets the very popular face of Bollywood, the National Award winner Ashish Vidyarthi to play the dad in her Zee show, Waaris.

An actor par excellence, Ashish Vidyarthi who has donned various villainous roles on the silver screen returns to television after a long gap. A well-placed source says, “Smritiji wanted a well-known face playing the father in Waaris. Ashish Vidyarthi was confirmed just yesterday to play dad to Iqbal Khan and Yuvraj Malhotra in the serial”.

Aashka Goradia of Kkusum fame will be paired opposite Iqbal Khan. When Telly Buzz buzzed the actress for confirmation, Aashka said, “Talks are on for the show, but nothing has been confirmed yet”. Our source also reveals that in addition to Bhawna Roy, Smriti is planning to cast Khushboo Purohit who was seen in Sharad Malhotra’s ‘Toofani Toli’ in the 9X reality show, Vodafone Yeh Hai Jalwa…

With all the big names already in the kitty, Smriti Irani’s Waaris surely seems to be a worth-watch for the viewers!! 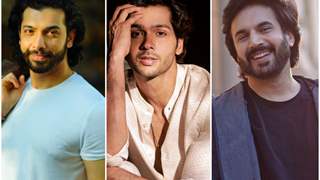 + 2
14 years ago now what woman issues with iqbal will develop?
already so called praises for aashka must be making someone insecure=D

14 years ago omg, yess shes opposite Iqbal omg Kali( Rucha) is gunna be in here too, lol im so happuy!

14 years ago wow! so many awesome actors in this new show dat u can already tell dat dis show is gonna be a hit!!!

they have a pretty big cast