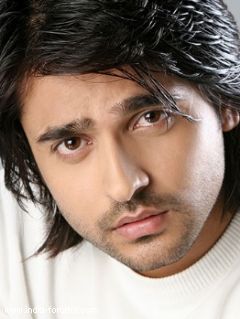 Ashish Sharma who stars as Ranbeer in  Zee TV's Rab Se Sohna Isshq was admitted to the hospital a few days ago. Though we heard that he would be discharged today it seems that he is still quite ill. We called him, however from his voice we could make out that he was still very unwell as he was hardly audible. Ashish very courteously replied that he would call us back.

We called Sukirti Kandpal  who plays Jazz in the same show who said, "I think he is suffering from food poisoning."

We wish him a speedy recovery.

7 years ago Ashish Sharma TV is so boring without you onscreen. Pls come back soon.

9 years ago Ashish Love Ur eyes man. looking really hot... all the best

9 years ago @puja1795...sorry dear,but hre we're talking about Ashish,not Ranveer or my darling Suku,here everybody's wishing him for his good health n to get well soon,here nobody's talking about anyone to leave the show...so plss,if u don't want to wish Ashish get well soon or wish for his good health,then plss dear don't even say like this here,that Suku should leave the show n all,'cos people will read ur cmmnt n then,they'll also start posting these types of cmmnts here..:)

9 years ago i don't care about ranveer...plzz suku left the show rssi nd plzz come bck in another serial with powerfull role..love u suku aka my princess maithli urf piya...miss abhiya jodi