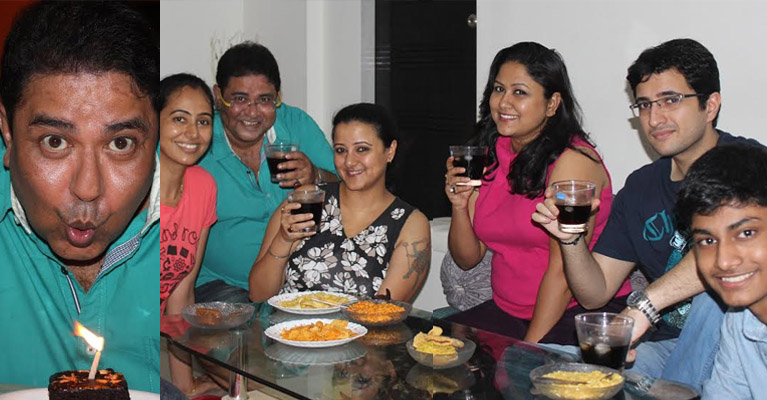 Ashiesh Roy, popular television actor recently celebrated his birthday. Ashiesh is a big party person. He has always adhered to the belief of working hard and partying harder. In fact, his Birthday bash last year was one of the most talked-about parties, with over 150 of television celebrity. So, naturally, this year's party was something everyone was eagerly waiting for. Ashiesh himself admits to be carefully preparing for it months in advance.
The theme was Ghouls & Witches', and he had even planned to hire four IPL cheerleaders to put up special dance performances at his party. But as luck would have it, his mom fell ill last week, and he had to rush to Kolkata immediately to be by her side.
And by the time he returned, it was too late to prepare for the elaborate bash. "I couldn't have possibly hoped for all my busy celebrity friends to make time for my last-minute call up! And what is a party without friends!" Ashiesh said
Ashiesh kept shooting on, keeping to himself - feeling a bit low. "Few of my friends surprised me on my sets. They spoke to my director, without my knowledge, and convinced him to somehow wrap my work early. Literally kidnapping me around 8 pm, they all took me to another friend's house."
There, some more of his closest friends were waiting for him. "They all bundled me up and took me to a lovely little restaurant at Aarey Milk Colony, where we all had a super Malwani dinner and then, at midnight, the restaurant brought in my birthday cake! I was almost in tears!"
And although Ashiesh admits he missed all his besties at his party, he insists he has never had a better birthday than this impromptu bash with his closest.
We wish him all the best wishes on his birthday, and hope that he would continue to be loved and cherished by his family and friends.
Ashiesh mother is out of the ICU, and is on her way to recovery.

Inside Sanya Malhotra’s surprise birthday bash with family and close ...

+ 4
5 years ago happy b day bapi kaku if had ur no then would have wished U :)
bhalo theko