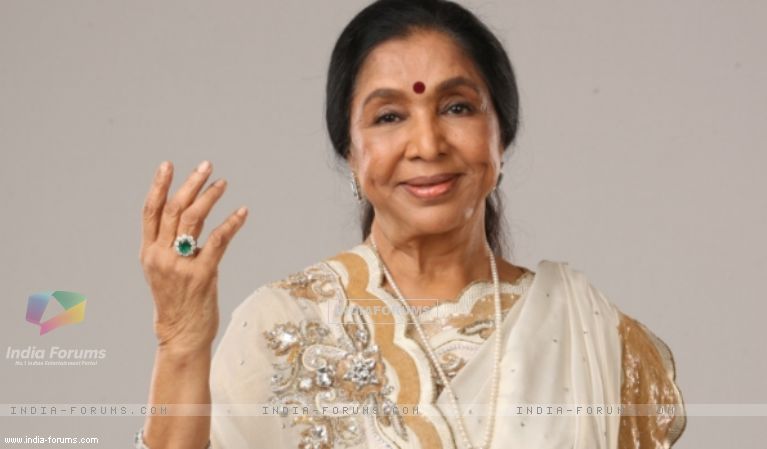 Legendary singer Asha Bhosle says that she is a big devotee of Lord Shiva regularly reciting his amahamantras'.

"I believe in only one god. Like the one he (artist Paramesh Paul) has portrayed today, Lord Shiva. We're from the city of Mangesh which is a temple of Shiva. And that's how we're Mangeshkars. We're devotees of all gods, of Lord Vishnu or Krishna but we're big devotees of Shiva. I regularly recite Shiva's 'Mahamantra'," she said after launching Paul's art exhibition "Glory Of The Ganges" at the renowned Jehangir Art Gallery here.

"If we're living today it's because of Shiva. And it would be better if we worship him and not humans," she said.

Paul's works consisted of paintings of various gods and other symbolic events from Hindu mythology even depicting some important moments from Kashi Vishwanath Temple in Varanasi.

"I've never been to the Kashi Vishwanath Temple. But after watching it for the first time, I can actually see what kind of a place it is. I have an extreme urge to visit the 'mandir' and I think I should definitely go there and I'm sure that the temple is exactly the same as depicted in these paintings. I loved all the paintings especially the ones depicting 'damrus', which is a great thought," said Asha.

She even recalled her sister Usha's paintings which had a deep thought running under it. And she herself has aspirations for painting. "Even I was fond of painting but couldn't pursue it due to my singing and other programmes. But I'm extremely fascinated with watching and admiring paintings, if you visit my house, you'll see 6-7 paintings lined up instead of photographs."

Asked about the controversy of "godwoman" Radhe Maa, Asha said: "I believe only in god and not on humans. Anybody who has taken birth can't be a god. The only god is the one who is above."

"When it’s about making it big in showbiz, a lot depends on luck": ...