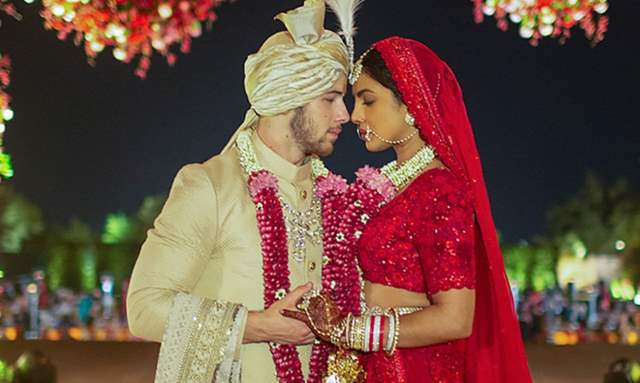 Priyanka Chopra tied the knot with American singer and songwriter Nick Jonas in December last year. The couple’s wedding was nothing less than an extravaganza celebration! The lovebirds had a beautiful destination wedding in Jodhpur, post which they exchanged wedding vows as per Hindu and Christian rituals at the Umaid Bhawan Palace. Their post-wedding celebrations included two grand receptions - one in Delhi and another in Mumbai. NickYanka's wedding reception was a star-studded affair, with all the who's who of Bollywood in attendance.

Priyanka and Nick will complete one year to their beautiful marriage on December 2, and to make their first anniversary memorable, the hubby has some special plans for his darling wife.

In a conversation with Entertainment Tonight, Nick stated that he is planning something special for his first marriage anniversary, but chose to not spill any beans as he did not want the surprise to be ruined if PeeCee gets to know about it.

"Well, I don't wanna say what we're doing to celebrate because it's a surprise for her, and she might be watching. And if she is, then I wouldn't want the surprise to be spoiled. We will be taking a few days away from the tour to have some time,” says Nick. 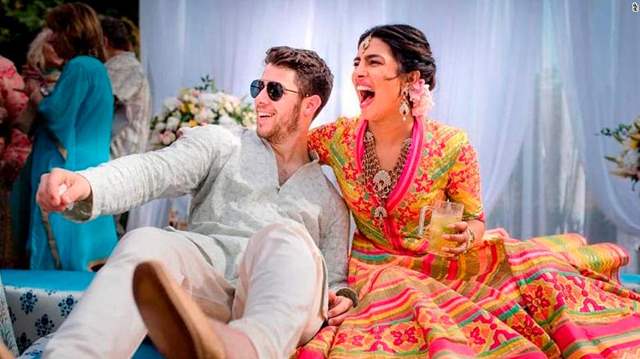 As the lovely couple clocks one year of togetherness and married life, Nick reveals that it’s been one hell of a year for Priyanka and him, and adds that it wall all-natural for them as it always felt that they were supposed to be together.

"It's been a crazy year. It's flown by, it's hard to believe it. This year's been, for she and I both, probably the craziest of our lives, but kind of nice to have that centering grounding feeling with each other.

"I think we settled into our roles as husband and wife fairly quickly. A lot of our friends always said that it seemed like we were supposed to be together, so it feels natural. There are natural adjustments when your life is becoming one together, but it's been a beautiful year. Hopefully next year we have a bit more time to be in the same place, but being busy is not bad either," Nick asserted.

Priyanka and Nick come from different spheres of work and are busy excelling in their individual careers. Apart from their professional life, the couple has been quite vocal about their personal life as well and keep their fans updated with pictures from time to time on their social media.

Well, we will have to wait to see what Nick has planned for his darling wife, Priyanka. Stay tuned for more updates...

Meet the On-screen Mother of Sana Sayyad in Star Plus' ...
35 minutes ago

Rhea's Lawyer Dismisses Her Being 'Missing' Allegations; ...
43 minutes ago