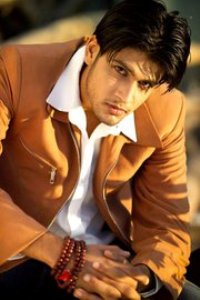 Tellybuzz earlier reported about Soni Singh entering Star One and Panglosean Entertainment's Yeh Ishq Haaye to spice up proceedings!! We had reported that there will be yet another guy entering the show soon!!

The latest we hear is that Aryeman Bhatia, contestant in UTV Bindass' bike reality show, Bikestunt will be debuting as an actor with this show. He has been roped in to play a charming personality, Kabir. He will be paired opposite Neha Desai aka Anushka.

Our source states, "Kabir is a guy who loves to chill out all the time. He is in a live-in relationship with Anushka. Akshay (Raunaq Ahuja) and Manjiri (Srishty Rode) will be the paying guests in Kabir and Anushka's house.

We contacted Aryeman and he confirmed, "Yes, this is my debut show on TV as an actor; I have started shooting for the show. Hope viewers like me".

We hope the fresh new story line does give a push to the ratings..

Srishty Rode tweets about non-payment; Says ''It is for a film project ...

preetirocks 9 years ago I love Kabir and love to c him back again.I love the way he talk,moves fight...I have heard that he is also coming back with anushka...??Is he coming...?? Plzz come..Love u kabir Muaaah...

9 years ago i m liking the new entries Kabir and Anushka , since they are making AKSHAY MANJARI realise their love for each other. .
Love AKSHARI. . . Love YIH

mayank_mall 9 years ago You Are Simply osam Aryeman Bro, U gave a stunning performance, a cool entry and equally efficient performance. You are unmatched...i am happy with the changes, i'll definitely not miss even a single show till you are performing.

9 years ago yuck!what a pain this show is!moreover after yashdeep left i wonder who is watching it..its worst in trps !!we want dmg back

9 years ago i dont mind the new entries as long as AKSHAY MANJARI love track is going on. . .