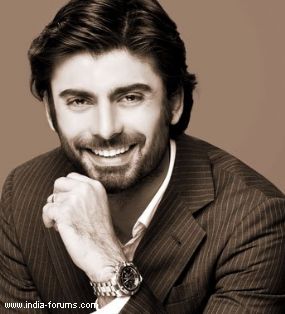 Fawad Afzal Khan, one of the most sought after Pakistani singer-actor, has drawn flak back home for his decision to enter Bollywood. But he is unperturbed and says art is something that travels across all borders.

He is making his debut with "Khoobsurat", a remake of Hrishikesh Mukherjee's 1980 hit of the same name, opposite Sonam Kapoor. But even before the film's release, Fawad has earned a huge fan following, thanks to his show "Zindagi Gulzar Hai", which was aired on Zindagi channel.

When asked about his reaction on the criticism, he said: "The people you are talking about are very few. There will be people who will criticise. They are entitled to their opinion. Even if someone from India goes to work there, someone or the other will make noise."

"Art is something that travels across all borders. Art knows no culture and creed. As an actor, I would like to explore myself. I do feel bad, but I choose to ignore criticism. I think to pay attention to it is unnecessary," he told reporters Monday at the trailer launch of "Khoobsuat" here.

Charming as ever, he wowed everyone when he sang the title song of his show "Zindagi Gulzar Hai" at the event.

Directed by Shashanka Ghosh, "Khoobsurat" has been produced by Sonam's dad Anil Kapoor and sister Rhea under the banner Anil Kapoor's Film Company Pvt. Ltd. For Fawad, it's an honour to collaborate with the Kapoors for his Bollywood debut.

He said: "I think it's a very big honour for me to work with the family. When I met these people, I found them very interesting. Most of all, the way I was treated and welcomed was very kind and warm."

"So all in all, this has been a very interesting episode in my life. I had a lot of fun. There was a lot of love and warmth."

"I took time for settling in the new environment, but the entire team, the production... everyone made sure to make me feel comfortable."

Releasing Sep 19, the film sees Ratna Pathak stepping into the shoes of her mother Dina Pathak who is still remembered for playing a disciplinarian and strict mother in the original.