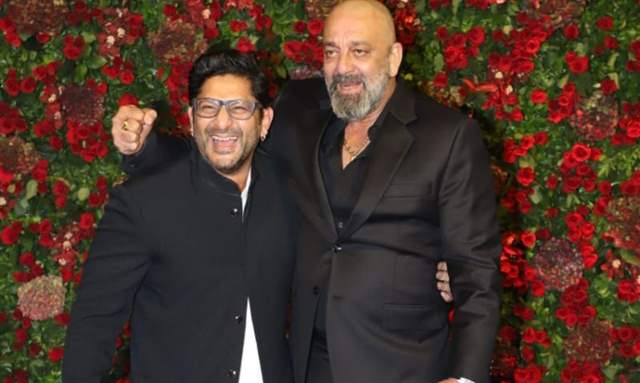 Recently, Sanjay Dutt was rushed to Lilavati Hospital after he complained of breathlessness. Soon several reports claimed that he has been extremely ill and it sparked a frenzy among fans. While Dutt claimed that he was doing fine, on Tuesday, a report claimed that Dutt has been diagnosed with lung cancer.

Dutt’s family, friends, fans, and even co-stars are praying for his well-being. Reportedly, he will be leaving for the US to get treated. Now, one of his dear friends and co-worker Arshad Warsi has reacted to Sanjay Dutt’s cancer diagnosis and called him a fighter.

In his interaction with Mid-Day, Warsi said, “I don’t know anyone who would have survived [the difficulties] that he has faced head-on. Despite the situations, he has an air of positivity. I have never seen him crib about his hardships. He will emerge triumphant here too; he is a fighter.”

He also spoke about their upcoming project as they were expected to work in a comedy called Blockbuster. It seems the shoot is likely to be deferred as he said, “Films can come and go, but people like him are rare. I pray that he gets better.”

Warsi also mentioned about his last conversation with Sanjay when he was admitted to Mumbai’s Lilavati hospital. He said: “We spoke when he was hospitalized last week; he assured me he was fine.”

On Tuesday, actor Sanjay Dutt took to his official social media account to make an announcement regarding his health update. In his statement, the actor announced that he will be taking a short break from work for medical treatment.

Meanwhile, Ranbir Kapoor and girlfriend Alia Bhatt were spotted at Sanjay’s house yesterday night; a day after announcing his ill health. Pictures of the couple are going viral as they are seen leaving his residence.