Imagine's Gunahon Ka Devta will see a major twist with the apparent death of the protagonist Arpita (Tanvi Bhatia). 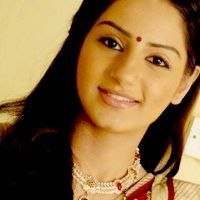 As per the ongoing story line, Avdesh (Ashish Sharma) has been made to believe that Arpita has slept with Ranvijay (Vineet Kumar). Avdesh is in a dilemma and does not want to accept that his wife could betray him.

Our source states, "At this juncture Arpita confides the whole truth in Bauji (Nivedita Bhattacharya) and asks for her help. Arpita tells her that Ranvijay has faked some proof of her sleeping with him, and wants to brainwash Avdesh. Bauji promises to help her but eventually utilizes the situation to her advantage".

We hear that the team is shooting a major sequence today wherein Bhaiyyaji and Arpita celebrate their first wedding anniversary.

"Arpita dressed as a dulhan comes to seek Avdesh's blessings and this is when Avdesh confronts his wife and asks her to come clear about her relationship with Ranvijay. They have a huge argument on the terrace of the house at the end of which Arpita accidentally slips and falls off the terrace", adds our source.

When contacted, Tanvi Bhatia told us, "Yes, Arpita will die in the show. But I am not leaving Gunahon Ka Devta. I am clueless as to what is planned next".

Get to know the major twist in Gunahon Ka Devta.

Haridas 5 years ago Ashish Sharma waiting eagerly for some new of your upcoming show.. Pls reveal something

Sidda8 9 years ago My dear Arpita better be alive or else I will never forgive Imagine tv.

Our Arpi will be back!!!!!!!!
Her come back wld be worth watching

Sidda8 9 years ago I am still hoping that Arpi's death is not real and that she returns after a couple of weeks. She needs to take vengence against anyone who caused her death (RV, BJ, and Avi). RV & BJ should be threatened for their lives and Avi should be punished the thought of being one of the reasons for her death. Their separation will teach him a lesson for not trusting her.

Ram_atri 9 years ago if arpita dies in GKD then the popularity of GKD may suddenly experience a great fall. Even Ashish u also may lose ur fans... Decided not to watch GKD if arpita dies.

PrashT 9 years ago How many more jhatkas are to be iven by CVs to us?

Sidda8 9 years ago Why do the CV's continue ruining the show? It was Arpi's great love that brought a huge fan base and her loss will mean the show is worthless.

Arjun Bijlani talks about his first reaction on being ...
47 minutes ago