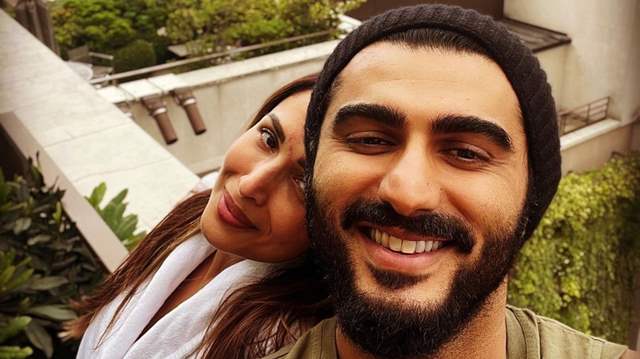 Actor Arjun Kapoor recently left the bay and headed to UK for the next shoot of his upcoming film. The actor will reportedly be shooting with Bhumi Pednekar. Well looks like Arjun is missing his special one as he took to his social media and treated fans with a throwback picture from his Paris trip

He took to his Instagram account and shared pictures of him and his girlfriend Malaika Arora from their Paris getaway. The duo is often seen dishing out major couple goals with their social media PDA.

Sharing the picture Arjun questioned his followers as he wrote, "Who wore 'em better??? Swipe right to know my answer!!! (Eye-winking emoji)." And the next slide had his answer absolutely right.

In the first image, Arjun can be seen enjoying his delectable breakfast while casually posing for the camera. He is seen wearing a nice pair of sunglasses, a black beanie, and a black t-shirt. In the second image, Malaika is wearing the same sunglasses, a white bralette top with a striped shirt, and an eccentric chain. Malaika always looks gorgeous, as evidenced by this image!

Fans were seen dropping heart and fire emojis. One of the fans answered Arjun's question and wrote, "Malla 🔥🔥🔥." While another fan voted for him, "Kya look hai bhai awesome." But we totally loved Malaika's savage reply as she wrote, "Hmmmmm me 😚."

Meanwhile, on the work front, Arjun was last seen in Ek Villan Returns. He will feature in Kuttey with Tabu, Konkona Sen Sharma, Radhika Madan, Naseeruddin Shah and Kumud Mishra. He also has The Lady Killer starring Bhumi Pednekar in the lead. 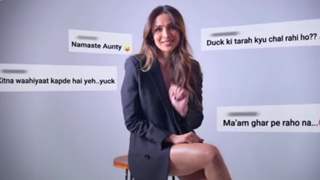 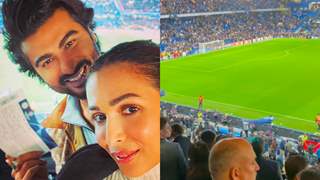 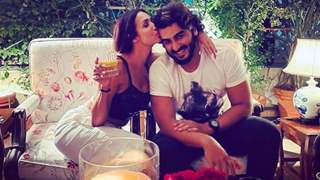