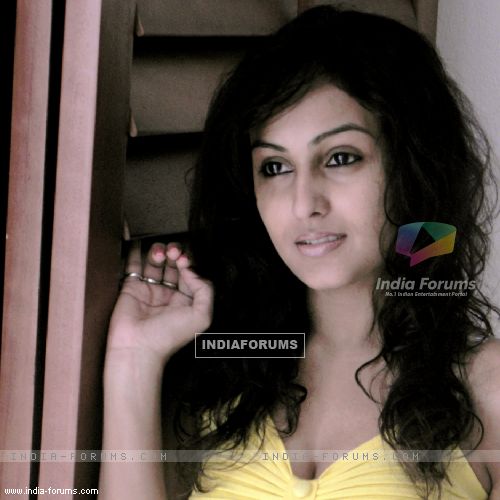 The talented actress Archana Taide who was seen playing the role of Nikhat in Gul Khan's popular daily soap Qubool Hai on Zee TV is all set to turn a writer for a new show on the regional channel of Zee on Zee Kalinga. The actress is also producing a show on its other regional channel Zee group on Zee Marudhara. The show is based on the Rajasthani culture.

Archana is very much fond of writing; she has a habit to pen down every single emotions of her  life.

Tellybuzz contacted this beautiful actress to know about her new show and her excitement about the same.

On asking how she got into writing for the show, Archana Taide says, "Ashish Sharma my husband helped me out with this. I have a habit of writing and penning down emotions of my day to day events. One day he randomly came went through my writings, he saw what I wrote, first I thought he would find it funny and let go but he motivated me as the emotional content in my writings attracted him. He advised me to start writing more and then I started writing every single happening from my life and then the head of the show is a good friend of mine, he asked me to write for him, this way became the writer for the show."

Talking about the concept of the show she says, "The show is in Oriya language and it will be aired on the channel Zee Kalinga, in Hindi the title of the show means Mere Dewar Ki Dulhan, the story is about a daughter in law (Bhabhi), bahu of the big family where she is close to her Dewar (brother in law) and the family is in search  of a Dulhaniya for him. Even the boy respects his bhabhi a lot and so he gives her the responsibility to find a dulhan (bride) for him."

Well, this show seems to be interesting. We wish Archana good luck for her new venture.

nano12 6 years ago Archana all the best Ashish Sharma you are the best..

ranu20 6 years ago Ashish Sharma you are doing fav job on both the show, best of luckArchana , take care of yourself.

Rudradewaani 6 years ago All the best Ashish Sharma and Archana. Stay blessed both of you.

Rudraparo11 6 years ago Ashish Sharma you are doing fablous job on both the show, best of luck Archana Taide...

Rudra77 6 years ago Ashish Sharma and Archana Taide .. best wishes to you from all of us. Keep on doing good work. We are with you all the way.

rudrasa 6 years ago Ashish Sharma you are rocking as Rudra, stay blessed.