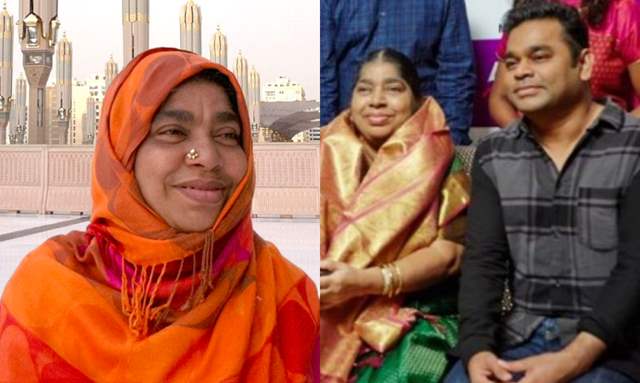 Singer and Composer AR Rahman's mother Kareema Begum passed away today in Chennai. The Oscar and Grammy-winner took to his Twitter handle and shared a picture of her. According to the reports, she died due to age-related ailments and her cremation would take place later today.

Kareema Begum was married to Rajagopala Kulashekharan, an Indian music composer who scored music for 52 movies (23 in Malayalam with 127 songs), and was the music conductor for more than 100 flicks.

AR Rahman's father passed away when he was only nine years old and was raised by his mother.

He was studying in Padma Seshadri Bala Bhavan and had to work to support his family. However, after discussing with his mother to step into the music industry, he later dropped out of school to pursue a career as a full-time musician. Kareema Begum has played a huge role to become what he is today.

During a previous interview with Chennai Times, AR Rahman spoke about his mother as he said, "She has music instincts. Spiritually she is much higher than me in the way she thinks and takes decisions. For instance, her decision of making me take up music. She made me leave school in Class XI and take up music and it was her conviction that music is the line for me."