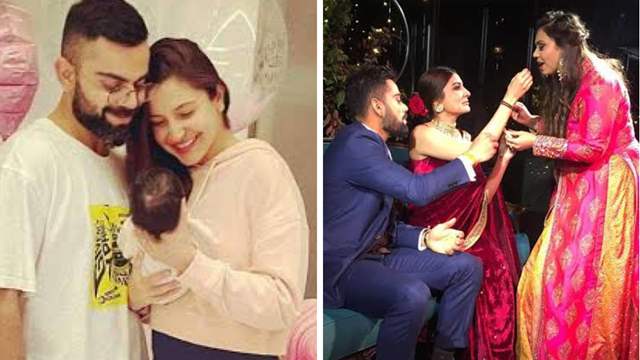 While it’s been few months since Vamika arrived, her celebrity parents have decided to take their sweet little time to introduce their babygirl to the media. Recently, Virat Kohli’s sister Bhawna Kohli Dhingra had indulged in a QnA session with her followers on Instagram, wherein she answered a few questions on baby Vamika.

A fan had asked Bhawna if Vamika resembles Virat Kohli or Anushka Sharma. “Have you met Vamika? Whom she looks like more? Anushka or Virat,” the Instagram user asked, to which Bhawna had replied, “Yes we have and she’s an angel.”

Soon after Bhawna’s response went viral on the Internet. And now, she has issued a statement clarifying that she did not reveal anything about Vamika’s looks as her parents Anushka-Virat have requested for privacy from the media.

“Guys Virat and Anushka have already requested media to refrain from Vamika’s pics. Please do not encourage or entertain any news that suggests that I have revealed how she looks. I totally respect their decision and would not do so myself.” 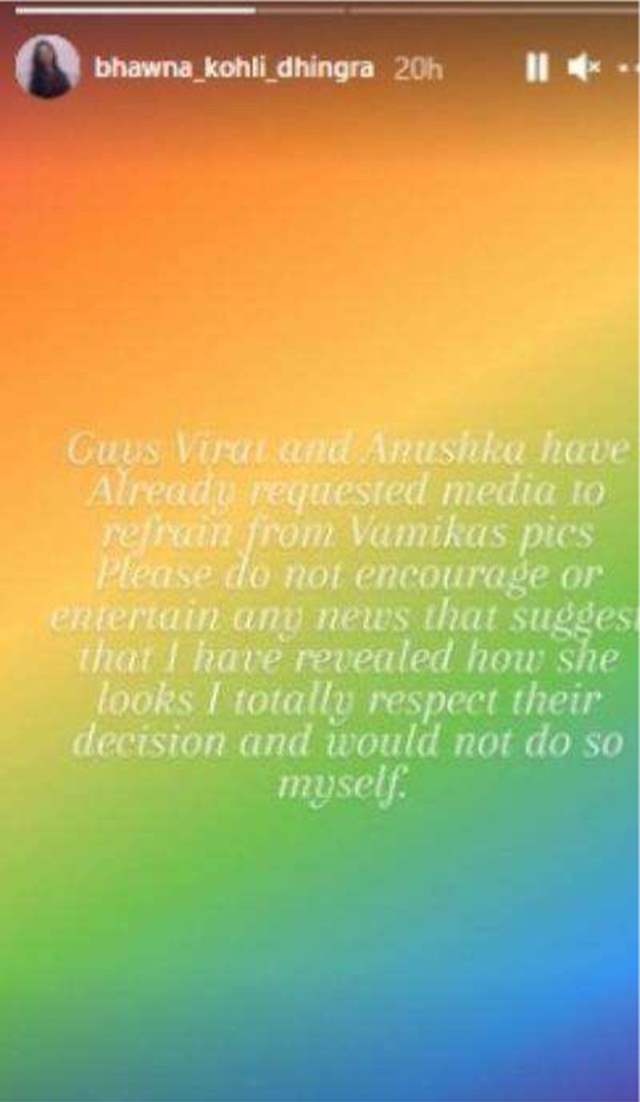 Last month, when Indian cricket captain Virat Kohli conducted an ‘Ask Me’ session on Instagram, he was asked for pictures of Vamika, to which he had replied:

“No, we have decided as a couple to not expose our child to social media before she has an understanding of what social media is and can make her own choice.”