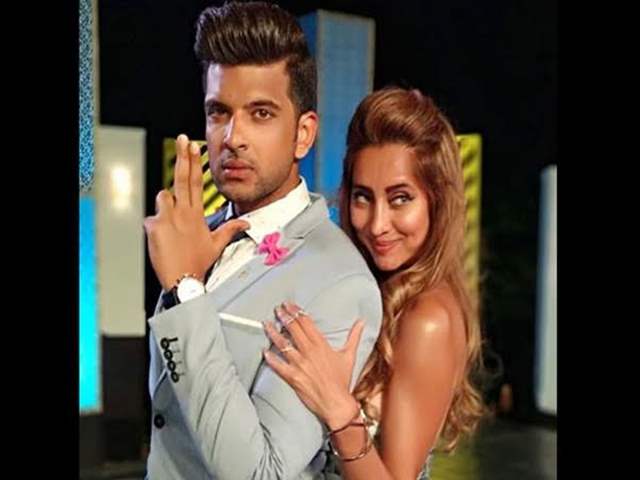 From what seemed to be a dreamy love story and that seemed to be forever, has now turned out to be an ugly public breakup where shots are being fired. We are obviously talking about the-then couple of Anusha Dandekar and Karan Kundrra.

Their break-up was a while ago but Dandekar had made accusations of cheating on Kundrra through social media which were initially not responded by the male actor.

However, now Kundrra gave an at length interview about his take on it which included him telling how he's not moved on and questioning Dandekar's allegations among other things.

One would have wondered what will and if Dandekar will reply - and that has happened though in a cryptic manner. The actor went on to post that she may not be a lot of things but she is honest. She also stated that no matter what, keep speaking the truth and it doesn't matter if people get mad at you for the same.

She wrote, "I woke up like this... and i may not be a lot of things but the one thing I am is honest! Happy happy Sunday  #tellyourtruth."-

While, like earlier, Dandekar has not named Kundrra and we wonder if the latter will decide to respond to this.

+ 3
22 days ago if she's moved on than why does she keep rehashing this over and over again? how embarrassing for her new bf. she doesn't seem like a happy person at all. anyways, maybe Karan and kritika will get back together now. heeehee.

+ 5
22 days ago Karan Kundra's family lives in a nearby city. When he was vacationing here he was on tinder trying to hook up with girls. He was trying to meet up with my boss's daughter and I told her he has a gf (Anusha). To that he said they broke up. It's hard to follow celeb breakups but this was a while back and his instagram was all Anusha at that time

22 days ago I really appreciate Karan. He showed he's not immature like Anusha and is graciously willing to forgive her. Anusha seems like a total brat tbh. Karan and Kritika were best together, I wish they get back together again

sanublr 22 days ago Enough of her holier than thou attitude. She has no work and craving publicity and you guys are giving her enough . Can you ignore and let them sort out their personal life instead of posting their ping pong dirty games. She is so honest that after abusing and calling him cheap names keeps using his pictures for her business. He is no devdas in her love.