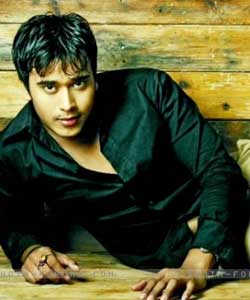 Anurag Sharma popularly known as Satish of Pavitra Rishta was missing from the show for quite some time.
His character was building extremely well but his sudden absence from the show made us wonder about his unavailability. According to the ongoing track, his character has been sent to the US for some official work; however, the reality had something else in stored for him.
When contacted Anurag Sharma, he replied, "I was on a forced break due to my father's sudden demise for which I had to leave for Allahabad. But now I am back in town and will resume the shooting soon."
We offer him our condolences and hope that his father's soul rests in peace…
Reporter: Ranjini Nair
Author: Megha Bissa
22 Likes

-Nirvana- 9 years ago Awww so sad! May your father's soul rest in peace,and sympathy to you and your family...
I'm really happy that you are coming back though! :D and that pic of you is so cute ^-^

lunza 9 years ago i am so sorry for your loss ... prayers and support for you and your family .. may his soul RIP ..

Spiney 9 years ago May the soul of his father rest in peace...

happysummer 9 years ago My heartfelt sympathy to Anurag and his family during this trying time, may his soul RIP

thisistas 9 years ago awhh, i am so sorry to hear that. glad that your back though! i hope your dad rest in peace and everyone in the family is okay. (:

realitytv 9 years ago Awww, I am terribly sorry to hear about your dad's demise Anurag, my prayers and sympathy are with you and your family.

Tani91 9 years ago so sorry for his loss, may his dad RIP.