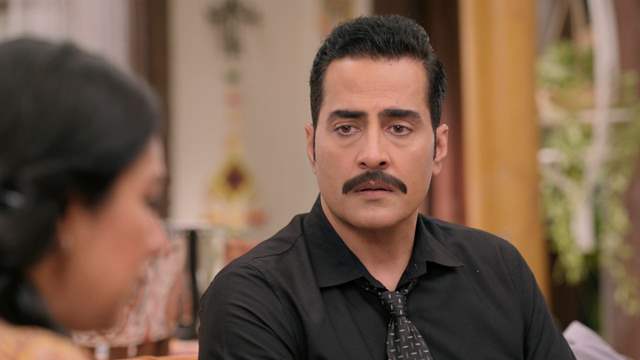 No matter how much a man says that they will be happy without their wives or partners, but every day becomes a challenge for them. Even a totally independent man finds it hard to manage without the woman of the house. This is the hard truth which of course they won't accept, but Rajan Shahi has shown it beautifully in his popular TV show "Anupamaa".

When Vanraj left the house, he was full of rage and anger against Anupamaa. And like they say you shouldn't do anything when angry, Vanraj had tried to pack the perfect bag for himself when he was leaving for Kavya's home, but when he was trying to get ready for his work he couldn't find most of his stuff.

Not just that, when he asked for Kavya's help during his exercise, she said she will take time. His protein shake was not ready. And when he made a mess while trying to find his tie, Kavya asked him to clear it and also not to repeat it again. And all this while, Vanraj kept getting Anupamaa's visuals in front of him that how she used to do all his work without any complaints.

Meanwhile, Kinjal comes to visit Anupamaa and their family, but Baa stops her at the door. She tells her that because of her mother, her family is not together anymore. She gave her an earful, and Kinjal kept apologizing, but Baa did not listen. Later, Anupamaa saw that Baa was quiet upset and tries to cheer her up, then Baa tells her that Vanraj will definitely realize his mistake and will come back home. Just then Vanraj enters. Anupamaa is quite shocked to see him.

In the upcoming episode, the audience will see that Vanraj gives some money to Baa, and he is also seen leaving with Pakhi. Will Pakhi leave with Vanraj? How will Anupamaa react to this? Also, what will be Kavya's reaction when she sees Pakhi at her door? "Anupamaa" is getting quite interesting with each episode, so don't forget to watch your favourite show because there is a lot more entertainment coming your way.