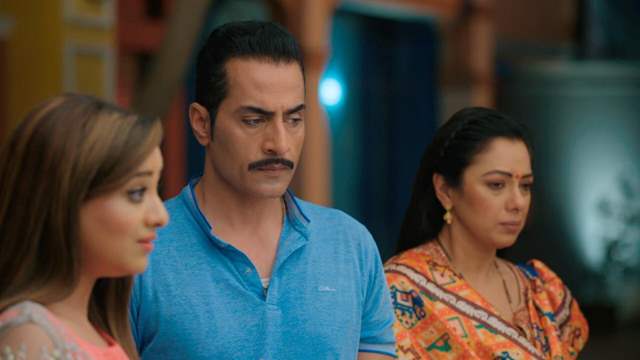 Vanraj and Anupamaa have finally returned from the resort in Rajan Shahi's "Anupamaa". And though they were quite happy to be back, Kavya spoiled it for them by revealing their divorce date in front of the whole family. With less than 48 hours left for their divorce, Anupamaa and Vanraj are quite upset that their family had to find it that way.

Samar also comes back home and Anupamaa is happily surprised to see his trophy. She bakes a cake to celebrate his win. Meanwhile, Pakhi goes through her parents' old video and gets very emotional. Kinjal tries her best to console her but Pakhi tells her that she will not stop trying until the last minute.

On the other side, Vanraj goes to meet Kavya and lashes out at her for revealing his divorce date in front of the family. He tells her that they have two days before the divorce is finalized and she should let his family be together and happy. He even warns her that if in the next two days she tries to pull any stunt against or them or plans anything, the consequences will be bad.

In the upcoming episode, the audience will see that both Anupamaa and Vanraj are feeling uneasy, especially with the divorce so near. Will this lead to them calling off their divorce? To know what happens next keep watching "Anupamaa".

29 days ago Story is very crisp. It has the potential to cross 4 trp very easily. There is something for people of all ages in this particular show, just I believe that time slot needs to be changed to 9:00pm.