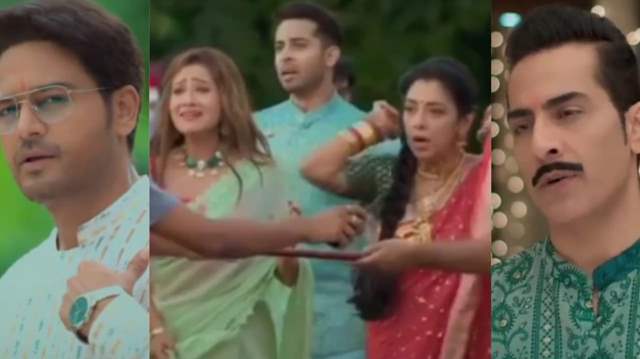 Star Plus show ‘Anupamaa’ is getting quite interesting with each passing episode. The current track of the show revolves around Anuj and Vanraj’s major accident. Vanraj has been fuming in rage because of Anuj and had a plan against him.

In the upcoming episodes, Anuj bids a good-bye to Anu and leaves. She feels restless and prays to god. Kavya sees Anuj and Vanraj leave in a car and follows them. Anu and the family do the aarti. Samar gets a call from Police and he is informed about the accident. Anu gets shocked and the family leaves in the car to the accident spot.

Anu gets flashes of Anuj and she prays for his well-being. Anu, Ankush and Samar reach the spot and find Kavya already there. Ankush gets surprised and asks Kavya about how she’s present at the spot. Anu breaksdown. Samar, Toshu, Baa and everyone get disheartened and pray for Anuj and Vanraj. The police officials get both Anuj and Vanraj up from the cliff. They get admitted to the hospital as both are critical. The family members reach there and learns that both are alive for the moment. Anu thanks god. The doctors call for mor team to handle the case as it’s a critical case. Anu and the entire family gets shocked.

Anu prays for Anuj and Vanraj which leaves Pakhi emotional. Furthermore, the family asks Kavya as to what conspired between the two. Kavya gets flashes of both shaking hands. Ankush finds Adhik missing.