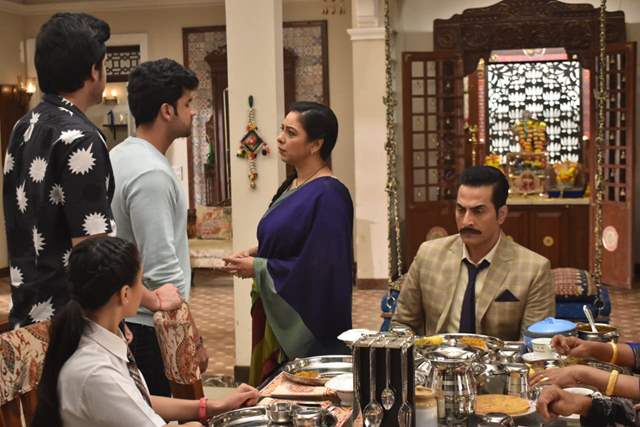 Being a mother is very difficult. It's not just a 24*7 role, but it sometimes takes a mother on an emotional and mental ride. Imagine struggling with the question "Am I doing enough?", to someone blaming them that they are not good enough, a mother, and her challenges are never-ending. Something similar is going on in Anupamaa's life these days.

Rajan Shahi through his heartwarming show Anupamaa is not just representing the story of a homemaker but is also answering those unanswered questions they face in their day to day life. In recent episodes, the audience witnessed Vanraj's emotional side as a father and how heartbroken he was when his son left their home. His equation and relationship with his colleague Kavya, is also being questioned. And despite all this drama, Anupamaa tries her best to mend his relationship with their son Paritosh. However, as always she is criticized.

Will Anupamaa have an answer to this? Also, how will she react when their daughter Paakhi will question Vanraj about his relationship with Kavya. Don't forget to watch the upcoming episodes for this emotional twist. Anupamaa features Rupali Ganguly, Sudhanshu Pandey, Paras Kalnawat, Aashish Mehrotra, Nidhi Shah, and Madalsa Sharma. Co-produced by Rajan and his mother Deepa Shahi under their banner Shahi Production Pvt Ltd