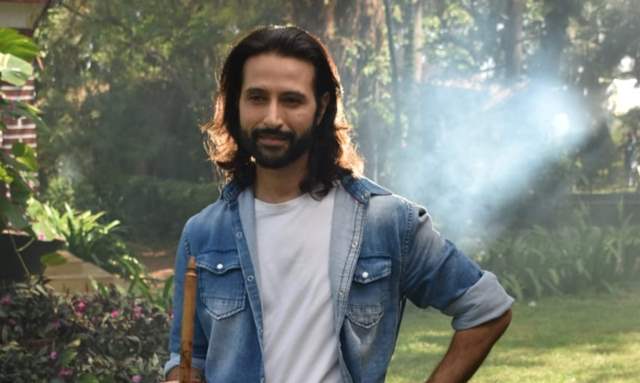 After a hiatus of two years, Apurva Agnihotri is happy to be back on his home turf. His entry in the popular ongoing fiction Anupamaa came as a pleasant surprise to his fans. The actor plays the character of Dr. Advait Khanna in the show.

Enjoying every bit of this new journey, Agnihotri says it’s his love for Rajan Shahi, the producer of the show that made him take up this opportunity. “When he narrated the whole character graph, I found it quite exciting. Dr. Advait Khanna has many aspects, layers to him. Hopefully, we shall be exploring all those layers in the episodes ahead,” he says.

Agnihotri, however, is a lot like his onscreen avatar in real life. He also dreams of having a farmhouse somewhere away in the mountains or maybe in Goa, where he would do organic farming, chill out with friends and family, help people, ride motorcycles, and so on. “The carefree happy sort of life devoid of any tension, in a constant state of bliss is what I crave for much like him,” he adds.

This is the third time Agnihotri is collaborating with Shahi. They had earlier worked in Sapna Babul Ka...Bidaai and Jassi Jaissi Koi Nahin. “Rajan is one of the finest human beings and producers I have worked with. There is much love, respect and mutual admiration. It’s actually hard to believe that some producers on Indian television can be so nice, trust me I’ve worked with a whole lot of them. I just wish him the best from my heart, he truly deserves it,” he says, also showering praises on his co-actors.

“Sudhanshu [Pandey] and I stay in the same building and share good chemistry, and I met Rupali [Ganguly] for the first time on the show. I have to say that not only both of them, Paras and all the other kids, in short, but the entire unit is also sweet and caring. I have worked with some of the crew members in Bidaai, so this is like a reunion,” he shares.

Agnihotri feels Anupamaa is a landmark show on Indian television as many women are identifying with the story which is huge and is a very difficult thing to achieve. “It normally happens with movies that the entire country is going gaga over one single film, the actors are being followed, etc. Something similar is happening with Anupamaa,” says the actor, who made his TV debut with Jassi Jaissi Koi Nahin in 2003.

Talking about how the TV industry has changed over the years, the actor adds, “There are a lot more opportunities these days for everyone, from actors, directors to writers. If you have the talent, then there’s a lot of scope for everyone. Honestly, big guns like Rajan, Ekta [Kapoor] have been doing so much interesting work over the years, they are only getting better every time. The industry in totality is changing for good, more so, with the advent of OTT, things have only got better, broader. But, I feel the reason many are opting for OTT over TV is because content in the former is more relatable. I hope TV show makers would take a cue,” he ends.

+ 3
5 months ago He shares chemistry with Sudhanshu? I don't know why I found that little funny... Jassi Jassi wasn't Rajan's production... It was Tony and Diya Singh...