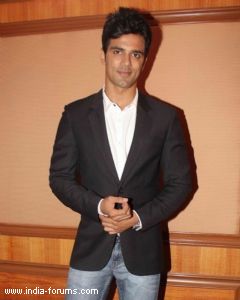 Actor Anuj Sachdeva, who entered the Punjabi film industry with 'Haani', has now signed another project.

"I have signed on my second Punjabi film. The response after 'Haani' has been such that I couldn't stop myself from signing another Punjabi film," Anuj said in a statement.

"There's been so much love and appreciation that I am glad I am going to be back soon," he added.

If a source is to be believed, Anuj is being selective about the projects that he signs, and his second film is a situational comedy.

The actor has earlier been seen in TV shows like 'Sabki Laadli Bebo', 'Phir Subah Hogi' and 'Chhanchhan'.

Bhavin Bhanushali and Pranati Rai Prakash to be featured in Punjabi ...

bolt 6 years ago Anuj Sachdeva, Kudos!!! All the best with your movie. :)

raya50-50 6 years ago all the best ,waiting for watching your smile,in Big Screen

jaya100 6 years ago You were fantastic in Haani Anuj Sachdeva. All the best for your film career ,hope we'll see you in hindi films too.

Missing you as Manav very much ;-/ Although, it was short lived, SaNuj will forever remain one of my favorite jodis.

I miss watching you :( Hope you take up a TV show in a lead role :) Love ya