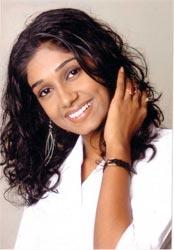 The ongoing story of Balaji Telefilms' Koi Aane Ko Hai on COLORS, based on a Kerala based family has finally got its female lead in the Indian Idol fame, Antara Mitra.

We had earlier reported that the real life twins Nauman and Salman Sait will play the leads in the show, wherein one of the brothers The show also has Mitika Sharma, Sreepradha in its cast.

The present track of the story witnessed the birth of the twins. Soon, the story will take a leap wherein the entry of Nauman and Salman will happen. "Antara Mitra will play the female lead in the show, who has the power to read people's future. She has inherited this attribute from her father. She will go on the play a major role in identifying the evil guy out of the twins. She will eventually fall in love with the evil guy, and will help in curing him", says our source.

When contacted, Antara confirmed the news and said, "Yes, I will be playing the lead in the story of Koi Aane Ko Hai. My character name is Nandini; she is a very strong character. I had been related to theater before, but my interest always was in singing. But Vikas Goopta, the Creative Head of the show called me for a look test, and convinced me to do this role".

Vikas Goopta, Creative Head said, "Antara Mitra was the perfect match for the role. I think she is the younger version of the talented actress from South, Shobana". 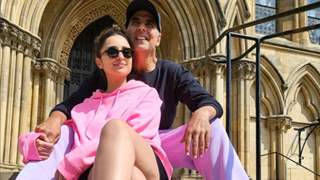 yeah madhy ai am really fainted...I just back to home in kerala now & just checked IF ; dunno I somehow felt to check all other news & found thsi awesoem newssssssssss

she sung 2 songs in Life partner...That kuke was so d\funny & jilarious with SHaan... WIth Soham & Mika also she sung Aage aage song too...

When I contacted 2 months back & told her she can do well in soaps too she said she cnat act...& nwo thsi news....awesiomeeeeee

+ 2
13 years ago AWW where is sumesh....im jus waitng for him..im sure he will get fainted if he sees this news...wow i cant wait for her entry..she is my fav frm II-2..great singer turned actress..
best of luck Antara..

13 years ago wow it's going to be different seeing her in a show bcz all along i've seen her sing not act
best of luck!!

13 years ago omg naumi i love u vant believe hes bak
when is the show gonna start? pm me plz