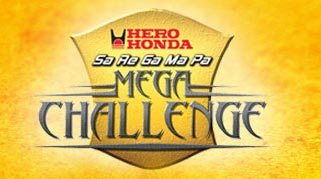 The competition gets intense as one more state fails to survive in Zee's Mega Challenge.

According to our source, "This week the duel was between Punjab and Kolkata. It was the Punjab team that got eliminated."

Adds the source, "This week the celebrity guests were the famous music composing pair Salim- Suleiman and Pyarelalji from the Laxmikant Pyarelal duo. Tarun Sagar who is the captain of Punjab team got acclamation from the Salim- Suleiman duo. This time not only the contestants burnt the stage but also the three celebrity guests. Pyarelalji played the Piano and sung his newly composed song."

Now in Mega Challenge there are four states Assam, Maharashtra, Gujarat and Kolkata left for the competition, and after that only two states will go to the final which will mark the 1000th episode celebration of Sa Re Ga Ma Pa.

For the first round of semi- finals it is expected that Katrina and Akshay Kumar will be the celebrity guests.

+ 8
12 years ago aww wanted Punjab to win, but anyways...
looking forward to akshay and katrina in the semis

12 years ago From When is Kolkata a state?? I think the article has not been edited..Shd hv been West Bengal instead of Kolkata..